Nowadays it’s impossible to hide the details of upcoming smartphones. While the LG V40 ThinQ rumors and leaks have been slow when compared to the Pixel 3, first details about the handset started to pop-out suddenly.

Earlier today, the South-Korean company published a teaser on its official website, teasing the Penta-camera capabilities of its smartphone. Moreover, the company’s handset will include a new kind of soft materials on the back. 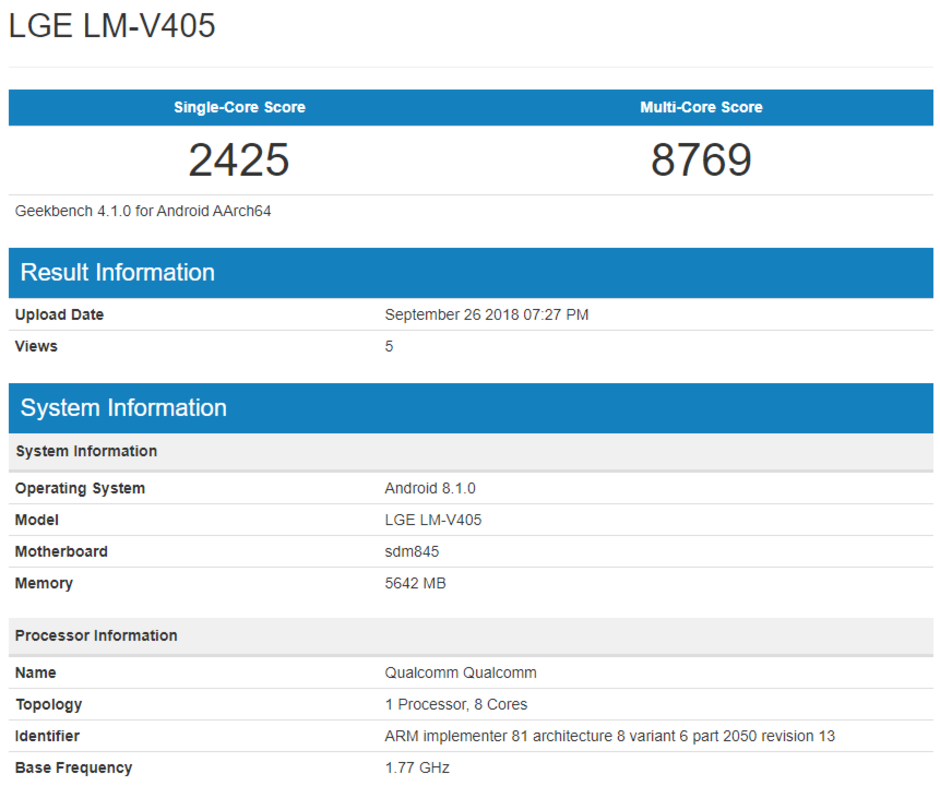 Under the hood, the smartphone will carry the almighty Snapdragon 845 which scored 2425 points in the single-core test and 8769 in the multi-core. Thanks to the latest Qualcomm’s chipset the smartphone should be in line with the flagships available in the market.

The model tested has 6GB of RAM and carries LM-V405 model number. When it comes to the Android version, here comes a surprise: Android 8.1 Oreo. Well, with at least two months of availability not shipping a flagship with the latest Android 9 Pie is simply inexcusable. Especially when the other flagships expected for October are likely to come with Google’s latest Pie.

The smartphone will ship with Oreo out-the-box and future owners probaby will need to wait 2-months for an update.

Previous dr.Fone has 1-Click solution to Copy One Phone to Another