After months of rumors and speculations, it is now certain that LG’s next major smartphone release will be dubbed the LG V40 ThinQ. With its October 4th release date fast approaching, LG mobile has today released an official teaser video of the device that confirms the V40 moniker as well as the Penta-camera system which might be one of its key selling points.

In what appears to be a confirmation of the rumors that have been circulating in the past few weeks and from whatever we know of the device, the official teaser video reveals that the LG V40 ThinQ will indeed come with a Penta-camera setup. However, unlike the widely rumored Nokia 9, the video reveals that the V40 ThinQ will feature three rear cameras including standard, wide and telephoto lenses at the back and dual front cameras.

In the official video released by LG earlier today, the company emphasized three elements of smartphone design such as touch, color, and molding emphasize the beauty that shows purity and cleanliness.

The V40 ThinQ is made using the sand-blast technology with a glittering metal frame that adds to the beauty of the device, a reinforced glass to prevents scratches and also ensure it takes minimal or less fingerprints or dirt. The device will come in three choice colors –  New Platinum Gray, Carmine Red, and Moroccan Blue, and as per a release by LG, the device will have the same footprint as the LG V30, but with a slightly larger display with slimmer bezels. 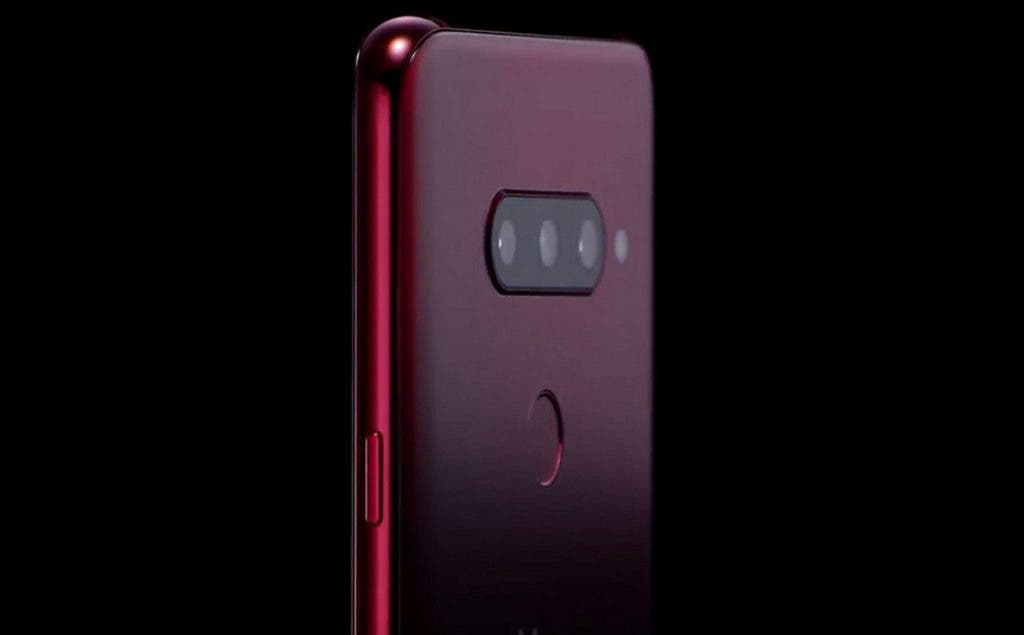 Additionally, LG in a press release today says the V40 in addition to the front Penta cameras, should come with an additional 2 ~ 3mm size illumination sensor and a laser sensor. It says these sensors are hidden so as to preserve the beauty and clean design of the device. The official release date is October 4th, and in LG’s tradition, we should get to know virtually all there is to know about the device before then.