Google, for the first time since the debut of its Pixel line of smartphones, may be set to experimenting with the compact size smartphones, which Samsung and even Sony have long dabbled with. While the tech giant is widely expected to announce the Pixel 3 and Pixel 3 XL in a few days time, news about the possible arrival of a Google Pixel 3 Mini started trickling in a few days back. Google in an Instagram post immediately responded to the rumors with a cryptic post that says “We’ve heard rumors of a mini Pixel. Which begs the question of how “mini” is too mini? We have a feeling the next one will be a bit bigger than this. Tune in on 10/9 to see for yourself.”

Google’s response is vague, but we could take that to be that the firm is actually working on a Pixel 3 mini. Now, with only a couple of hours remaining before the official launch event, a GFXbench listing, spotted by Roland Quandt has revealed the existence of a device suspected to be the Google Pixel 3 mini. Codenamed  “Bonito,” the alleged Pixel 3 mini is reportedly powered by the Snapdragon 710 Mobile Platform, and might likely get the latest Android 9.0 OS. 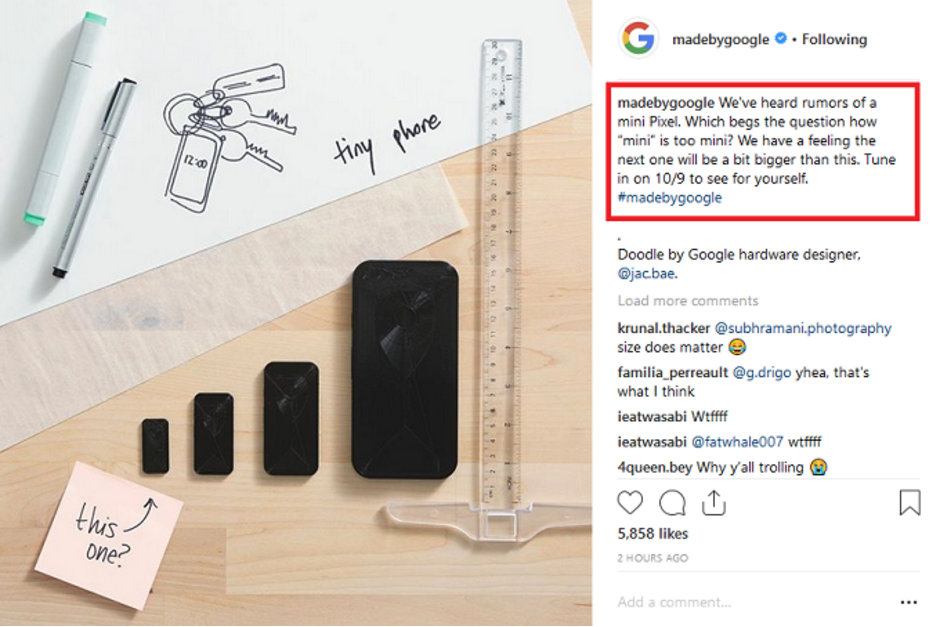 The benchmark database as reported by Roland Quandt doesn’t reveal any further details on the hardware,  so we would update you with more details when available, otherwise, we would have to hold our breath until October 9.

Someone has been testing Google “Bonito” with GFXBench lately. Make of this what you will. And HMD “Phoenix” is coming soon. I think that’s Nokia 7.1 Plus, while “Rooster” (aka ROO) is Nokia 7.1. (big bird, small bird, you know…) https://t.co/G95tIm1EN1