Huawei officially announced that it will hold a press conference in London on October 16 to release the Mate 20 series. From previous leaks and renders, we already know that the Huawei Mate 20 Pro will adopt a full-screen design with a notch. The notch is not just for show, it houses the 3D structured light technology for advanced facial recognition while the rear uses triple cameras in a square shape. 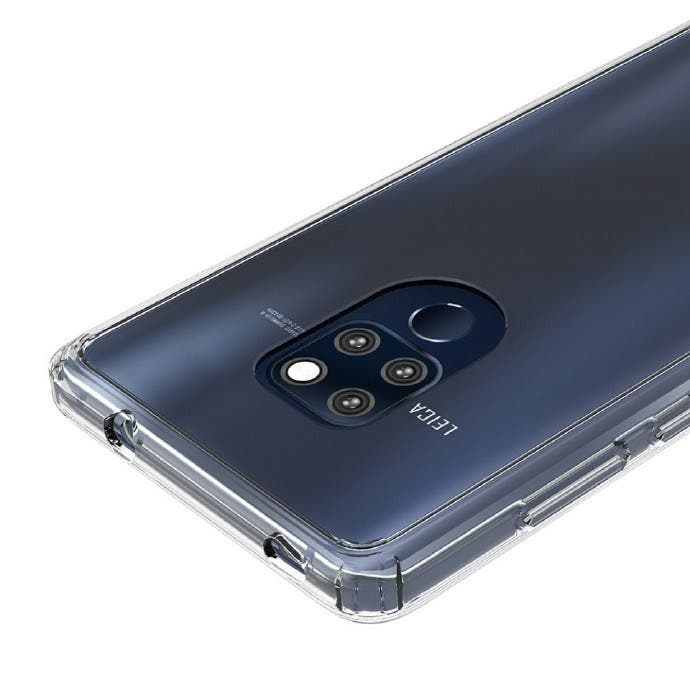 Today, three new renders of Huawei Mate 20 series just appeared on Weibo. This set of renderings shows the appearance of Mate 20 Pro with a transparent protective case. The back three cameras and flash form square shape and beneath the cameras is a rear fingerprint recognition sensor. On both sides of the camera module are Leica-certified logos and other minor information. This render comes in Seagull Gray colour which suggests that this will be one of the colour options of this smartphone but its most likely that thee will be others. 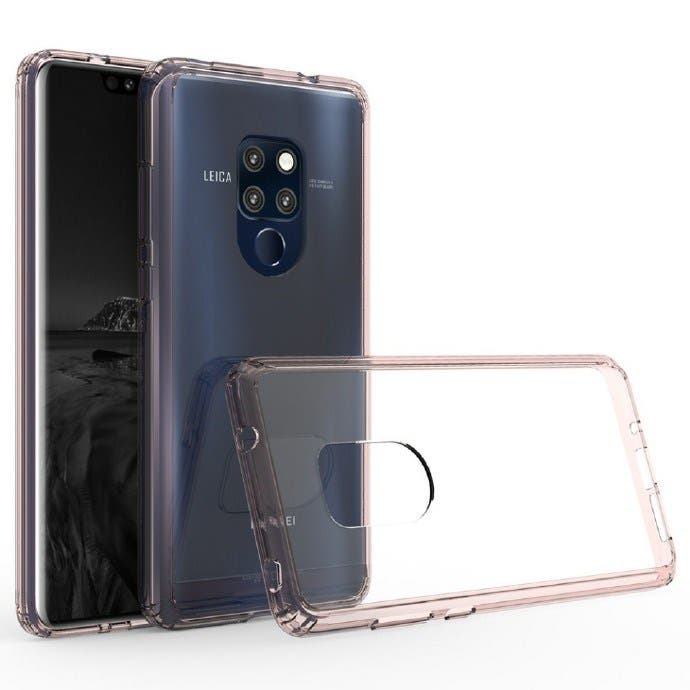 The Huawei Mate 20 series includes three models – Mate 20 (HMA-AL00), Mate 20 Pro (LYA-AL00), Mate 20 Pro Porsche Design Edition (LYA-AL00P). These three products are equipped with up to 8GB+512GB of storage, which will be the highest configuration of Huawei phones. In other respects, the battery capacities of the Mate 20 and Mate 20 Pro are 4000 mAh and 4200 mAh, respectively. In addition, the new phone will receive SuperCharge 2.0 fast charge technology support, which can charge 70% of the power in 30 minutes. 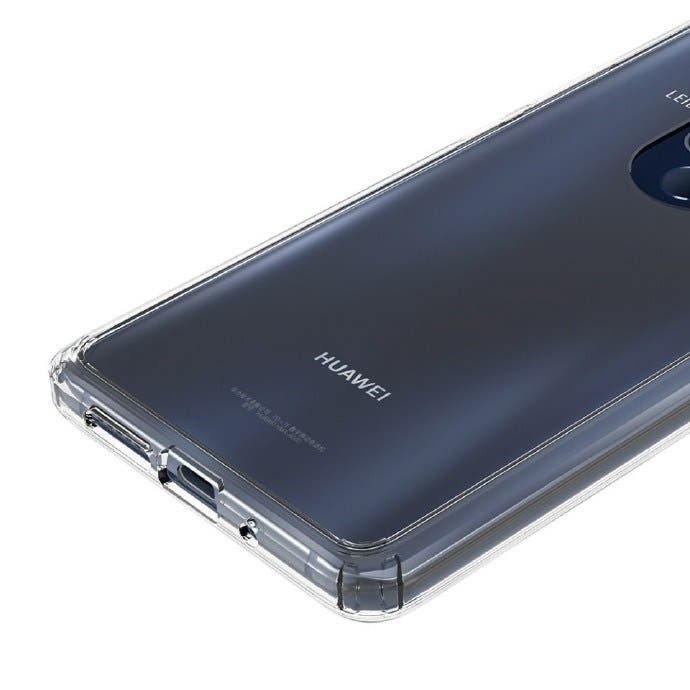 The phone also supports 15W wireless charging. The new phone also replaced the telephoto lens in the previous product with a new wide-angle lens. The phone uses a notch design that includes a 24-megapixel front camera. In addition, the Mate 20 Pro phone will support 3D Face Unlock technology, while the cheaper Mate 20 will support 2D-based versions.