Tomorrow, October 11, Samsung should hold a new event on which they will present the world’s first smartphone with four rear cameras the Galaxy A9 2018 edition. However, on the eve of the event, all the details and images of the phone has appeared (apparently by mistake) on the official website of Samsung. And although the page was soon deleted, Google managed to keep it in the cache. Samsung Galaxy A9 2018 got a 6,3-inch FHD+ Super AMOLED display, a 3D glass back panel, an 8-core processor (Not specified, but most likely it is a Snapdragon 660) with 6 GB of RAM (in some countries a version with 8 GB will be available), 128 GB of internal memory, a slot for two SIM cards and a microSD memory card up to 512 GB, a 3800mAh battery, a face recognition technology and a fingerprint scanner on the back.

In addition, there is the Always On Display feature so even in the locked state, important information is displayed on the display (date, time, notification ,etc. ). 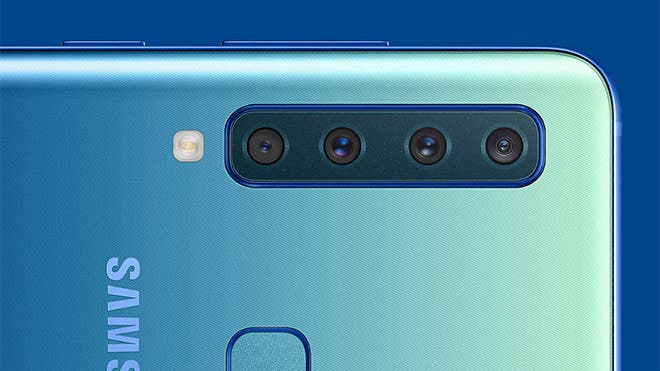 The smartphone is presented in three colors: black, blue and pink. The cost of devices is not specified on the site, but perhaps this information is saved for the official presentation.

It is worth to mention that the Galaxy A9(2018) with the model number SM-A9200 has seen on Geekbench running the Snapdragon 660 SoC paired with 6GB of RAM, which returns 5844 points on the multi-core level, and 1609 on the single core level.

Previous TSMC's September revenue rose by 7.2% - thanks to Apple & Huawei

Next Samsung Galaxy Note 10 may expunge the 3.5mm headphone jack