Samsung has recently unveiled the 2018 edition of its Galaxy A9 and Galaxy A7 smartphones, featuring quadruple and triple-camera setups respectively. However, seems that these two devices won’t be the last releases of Samsung for the mid-range segment on this year. According to recent leaks, the company is also working on a new device which sports a more traditional dual-camera setup. The device in question is the Galaxy A6s that surfaced today in a set of pictures showcasing the multiple gradient colored variants. 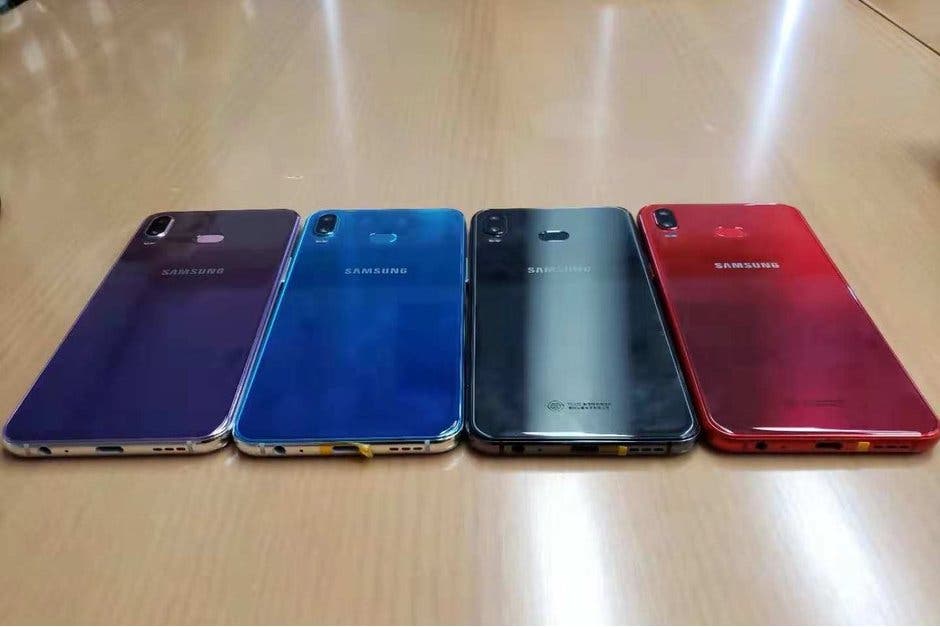 The smartphone may adopt a different moniker once it arrives in the European markets, however, we already know that it will debut as Galaxy A6s in China. The device will bring a vertically-aligned camera setup in the top of the corner of the rear. The fingerprint scanner will have an oval shaper and will be placed just above the company’s logo. Funnily, this will be third design language for the scanner adopted for the company. The Galaxy A7 makes use of a side-mounted scanner, while the A9 brings a square-ish sensor on the back.

Over the front, the smartphone once again introduces the company’s traditional infinite display. Thankfully it’ll be a notchless smartphone for those who can’t appreciate this key design element. In counterpart to other Samsung smartphones, this particular model will make use of colored bezels which will match the aluminum frame. Under the hood, the device carries the Snapdragon 660 alongside 6GB of RAM and either 64GB or 128GB of internal storage. The handset will be fueled by a 3,300mAh battery and will the last year’s Android 8.1 Oreo out-the-box.

In regards of availability, rumors point towards this device being released on October 24. Sales are planned to start in early November. The device will take on Huawei’s gradient colors by releasing three variants with this outstanding finish on the back. Those who prefer a more traditional look will have a black colored variant of the smartphone. At the moment, the price is yet to be revealed.

Next Meizu X8 sales will start on October 15, Snapdragon 710 and notched display in tow