A completely new Xiaomi Mi 6S model has astonishingly surfaced out of nowhere on Geekbench today. The listing suggests that it consists of 6GB RAM with the processor being last year’s flagship Qualcomm’s MSM8998 chipset (i.e Snapdragon 835). If this listing from Geekbench isn’t just a simulation, the handset would be running the latest Android 9.0 Pie as can be seen. As for the scores, the single core clocks 1747 and multi-core clocks 7039 on the benchmark.

The appearance of the Mi 6S at a time when the Mi Mix 3 is reportedly coming close to a launch makes us wonder whether Xiaomi has another surprise up its sleeve. A Snapdragon 835-toting Mi 6 variant with Android Pie would be a lethal combo allowing Xiaomi to price the handset very aggressively and making a very able mid-range device. As much as we would like to see this happen, we should probably just take this listing with the proverbial pinch of salt at the moment. 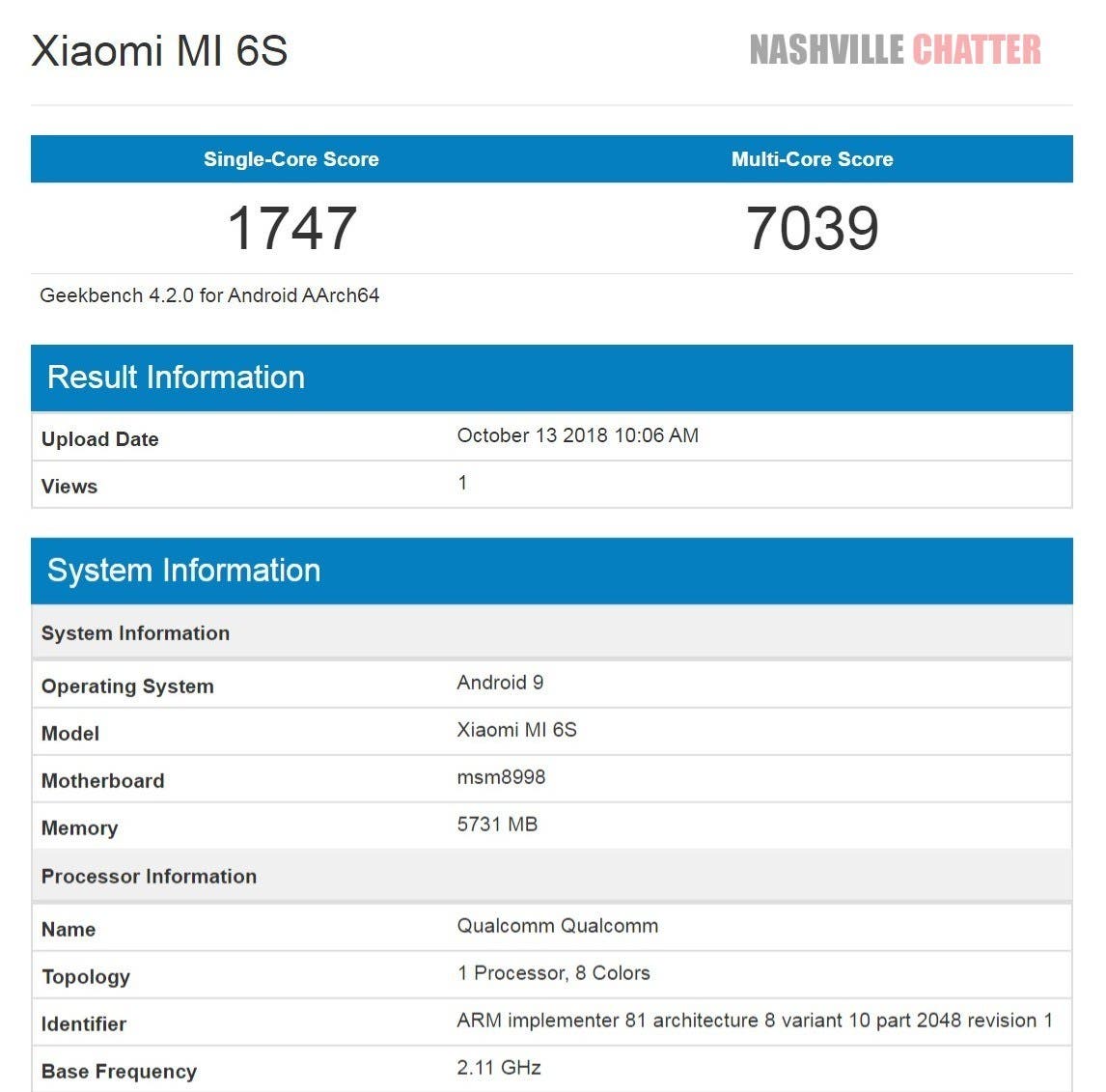 Additionally, the Mi 6S could get an option of 4GB also as similar like it was for the Mi 6. We would like it to have dual cameras at the front and at the back it should have at least a 12MP lens. However, it is very early to assume any of this information to be true until there’s anything official.

If there’s any truth to it, we could see the device on October 15th. Furthermore, the rumour mill has been abuzz with reports that Xiomi Mi Note 4 could also be revealed along with Mi Mix 3.