The Huawei Mate 20 lineup might very well be one of the most rumored and leaked phones series ever for the Chinese maker but thankfully that’s expected to end on October 16th, which is when the Huawei Mate 20 and Mate 20 Pro will be officially announced.

New photos have surfaced on the web that shows one of the Mate 20 phones models with a stylus. The live photos seem to be from an official document but were originally taken in a Huawei store.

In the images, we can see three phones placed under the Mate 20 stand- two which stand side-by-side and have a similar size while a much larger one is propped up on the right. The pictures are blurry but we believe the two phones on the left are the 20 Pro and the 20. 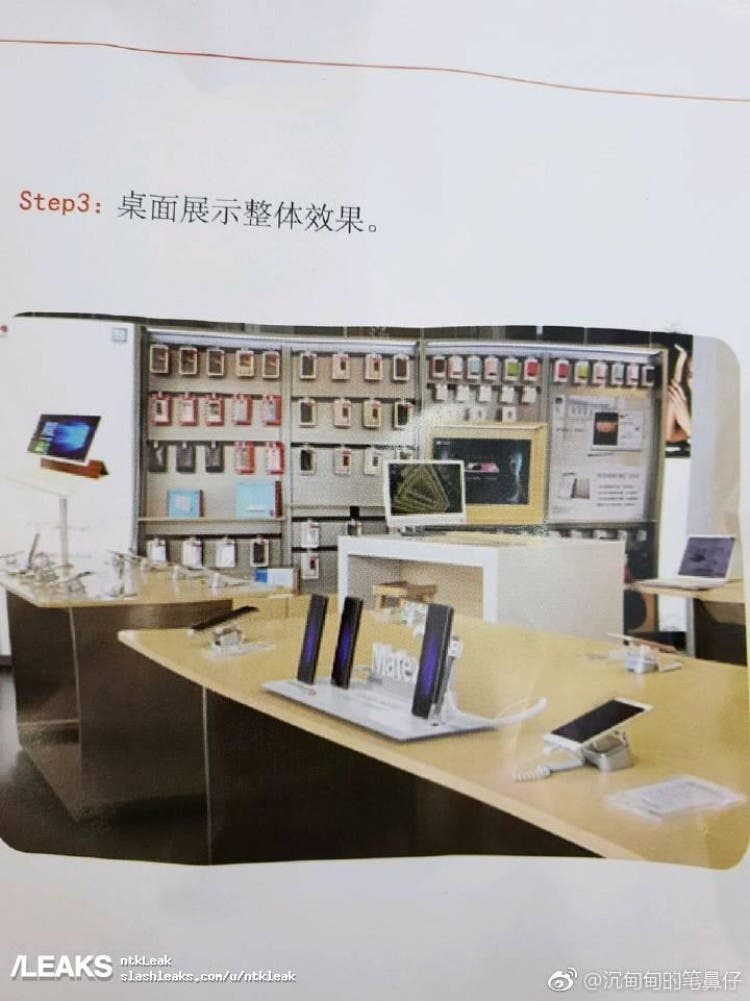 The larger device which is on the right is the one with a stylus albeit a pretty big one. We presume this is the Mate 20X said to be aimed at gamers, but from the images, it seems Huawei has added stylus support as one of its distinguishing features.

Samsung is no doubt the king of stylus-toting phones with its Galaxy Note series and no manufacturer has been able to take the crown from it. However, Huawei seems to want to make an attempt with the Mate 20 X.

The Mate 20X will come with an AMOLED display like its siblings but much larger in size. It will also have a Kirin 980 processor and quad rear cameras but it is expected to pack a bigger battery and also have a cooling technology to keep the phone from heating up during extended gaming sessions.