Barely 24 hours after news broke that Meizu X8 will go on sale on October 15th, Meizu Technology announced that the Meizu X8, which was originally scheduled to be officially released for sale on Meizu official website and Meizu store on October 15th, was postponed until October 25 due to insufficient stocking. Now, Meizu’s CEO, Huang Zhang, has succinctly given a reason for the insufficient stocking.

According to Huang Zhang, the X8 was postponed because of some petite issues associated with the COF packaging process of the LCD screen customized by BOE, which can be solved gradually. Huang Zhang was a bit conservative with the details and he did not explain it further. 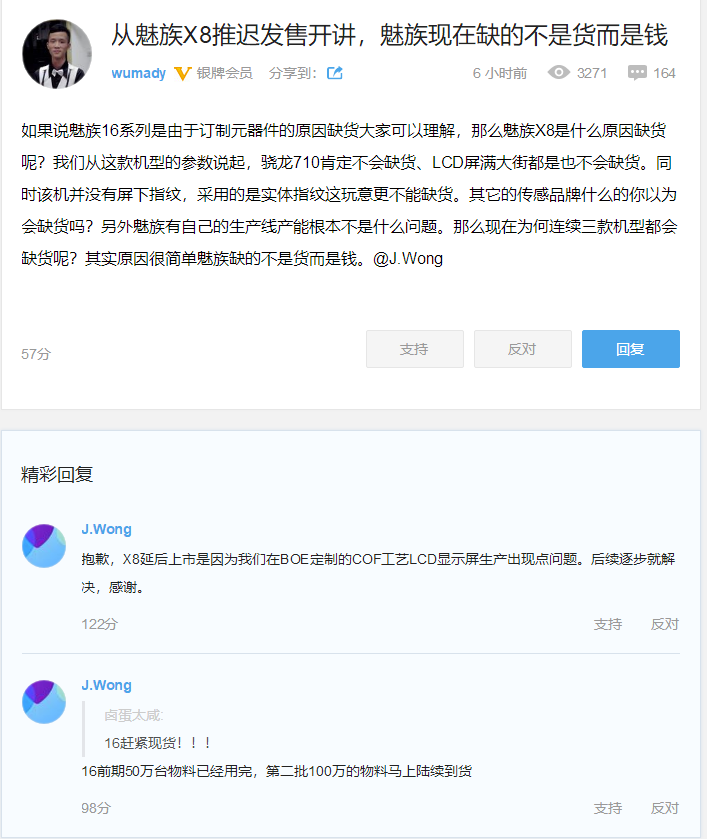