A few days ago, OnePlus officially released the stable version of Android 9 Pie for OnePlus 6. In addition, OnePlus CEO, Liu Zuohu, also confirmed that the OnePlus 6T will be released in China on November 5 with Android 9 Pie out-of-the-box. Today, Liu Zuohu said on Weibo when interacting with some netizens: “You can rest assured that OnePlus 5 series and OnePlus 3 series will be upgraded to Android 9 Pie. This has been said before. However, our engineers still need some time. Let’s give them some first…” 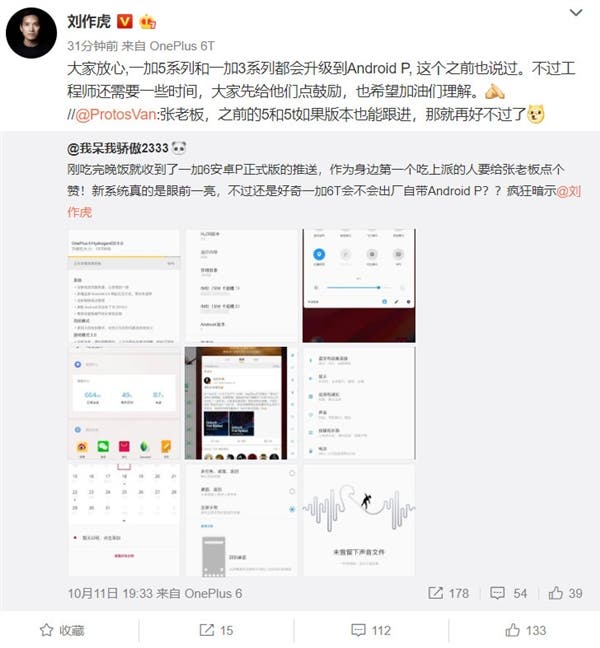 As you already know, compared with Android O, the biggest change of Android Pie is its adaptation to the recently popularized notch design. In the developer mode, the native system can simulate the notch to optimize the notification bar.

At the same time, Android 9 optimizes system efficiency, installs application faster, the system runs more smoothly, and the device life is further improved. It also limits the use of cell phone microphones, cameras and other sensors to idle applications and enhances system security. Furthermore, the update log for OnePlus shows that Google’s newest Android system also brings game mode 3.0 thus you do not have to miss any notification.