After the first sighting on the TENAA website – again with an aggressive and angular look – the Xiaomi Black Shark 2 was the protagonist of a video hands-on, a sign that the launch should be around the corner. And today the Chinese company has published a mysterious teaser announcing the arrival of a new product: it could be the second generation of the gaming smartphone Black Shark. 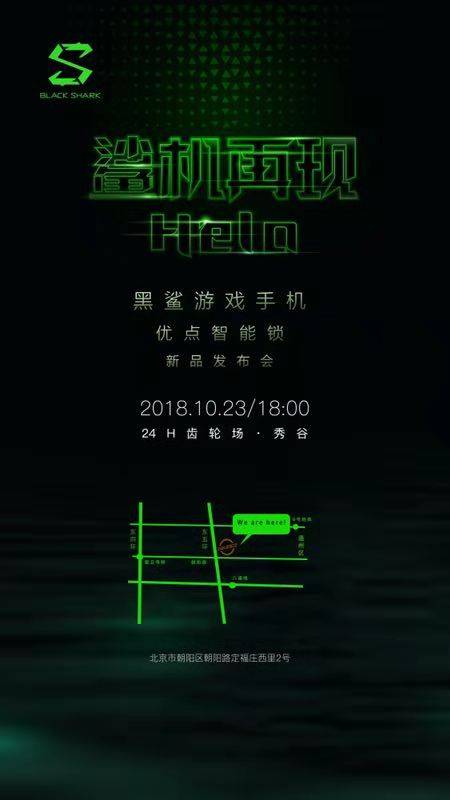 The image you see above – published on the official Black Shark Weibo profile – announces an event for October 23 (a few days before the presentation of Mi MIX 3 !) In Beijing. Even if it is not confirmed directly, it seems that it may be the Xiaomi Black Shark 2.

Obviously, at the moment it is not known whether this will actually be the name of the smartphone; for all the details we just have to wait for further clarifications from the Chinese company or wait until the date of the event.

According to what has emerged so far, the gaming device should be equipped with the Snapdragon 845, supported by a liquid cooling system, 8 GB of RAM, 128 GB of storage and – presumably – an additional chip of Pixelwork graphics processing. Frontally there is a 5.99-inch FullHD+ display with an 18:9 ratio while the back has a dual vertical camera (in the middle) and a fingerprint reader.