It turned out that the Samsung launch event that promised “4x fun” was for the unwrapping of the Galaxy A9 2018. With that announcement, Samsung officially out do the like of the latest Mate 20, Huawei P20 Pro, and the LG V40 ThinQ all thanks to it’s four rear cameras camera setup. While photography isn’t just all about numbers, the Galaxy A9 2018 launch marks the first time a smartphone features as many as four rear cameras, and how that fares against the likes of the Mate 20, V40 ThinQ and even the iPhone 2018 remains to be known.

Announced initially in Malaysia, indications emerged a few days back that the device might be rolling out to other markets including China in the days to come. Now, a report from China suggests that the Galaxy A9 2018 will be rebranded for China and probably other global markets as the Galaxy A9s. Samsung China has reportedly scheduled a launch event for October 24th in the country at the north gate of Xi’an City Wall, starting at about 19:00 local time (4:30 pm IST). 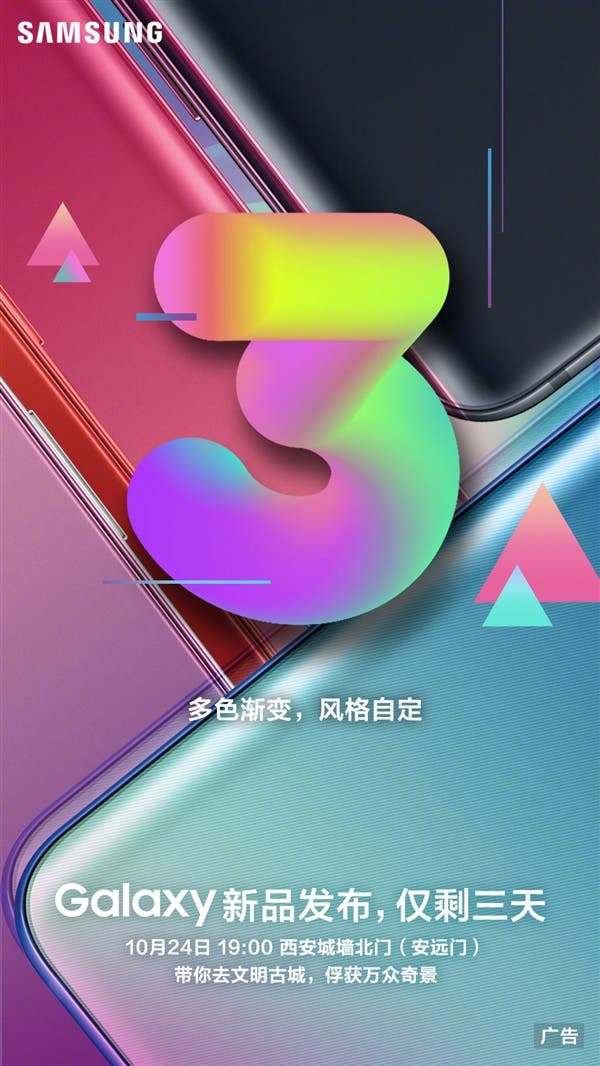 Next Honor Magic 2 with Kirin 980, 8GB RAM gets certified by TENAA