Earlier this week, we learned that Samsung had applied for a patent related to an optical fingerprint scanner on the screen, suggesting that the Galaxy S10 might have this functionality.

However, another Samsung patent published on the same day let us know that Samsung is already working on the future of this technology.

The first patent showed an implementation of the fingerprint reader on the screen similar to what we see on other smartphones, where only part of the screen can be used as a fingerprint scanner. 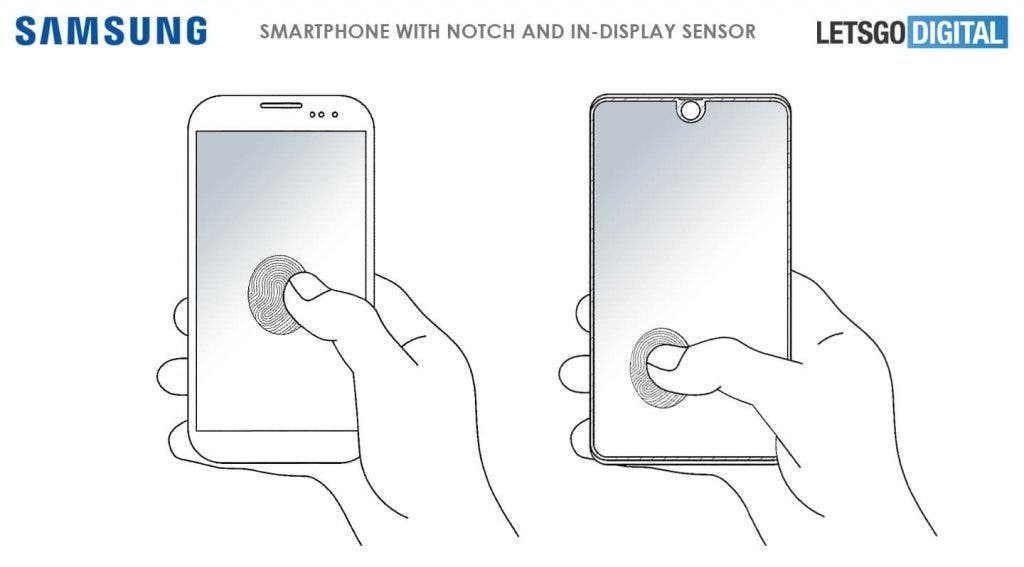 However, the second patent describes a more advanced fingerprint scanner that uses the full-screen screen and a low-power independent processor. The processor increases the brightness of the screen as soon as finger contact is detected and scans the finger three times to ensure quality.

The new sensor will be more accurate, easier to use and faster than current technology. In addition, its versatility allows its incorporation into folding devices.

From the design point of view, the patent shows two formats. The first illustrates a traditional smartphone with thick frames that resembles Samsung devices from years ago. The second, surprisingly, provides a notched device that looks a lot like the Essential Phone and the Huawei Mate 20.

Although Samsung might surprise us by implementing the notch in their smartphones, Samsung’s efforts to avoid it over the past year suggest that it is unlikely to happen. Instead, the company seems to be focusing on other technologies that, over time, will allow the total elimination of frames.