Good news for Xiaomi Mi A1 users as the phone is expected to get an update of Android 9.0 Pie shortly, just after the device appeared on Geekbench benchmarking website with the fresh update. It is almost a year that the phone is equipped with Android 8.0 Oreo since it got launched in September (2017).

As per GeekBench, Xiaomi currently might be examining the device with its latest software and is likely to come up with the fresh update in no time. Just for the record, Xiaomi Mi Mix 2S is the only device right now which is now updated with Android 9 Pie based on MIUI 10. 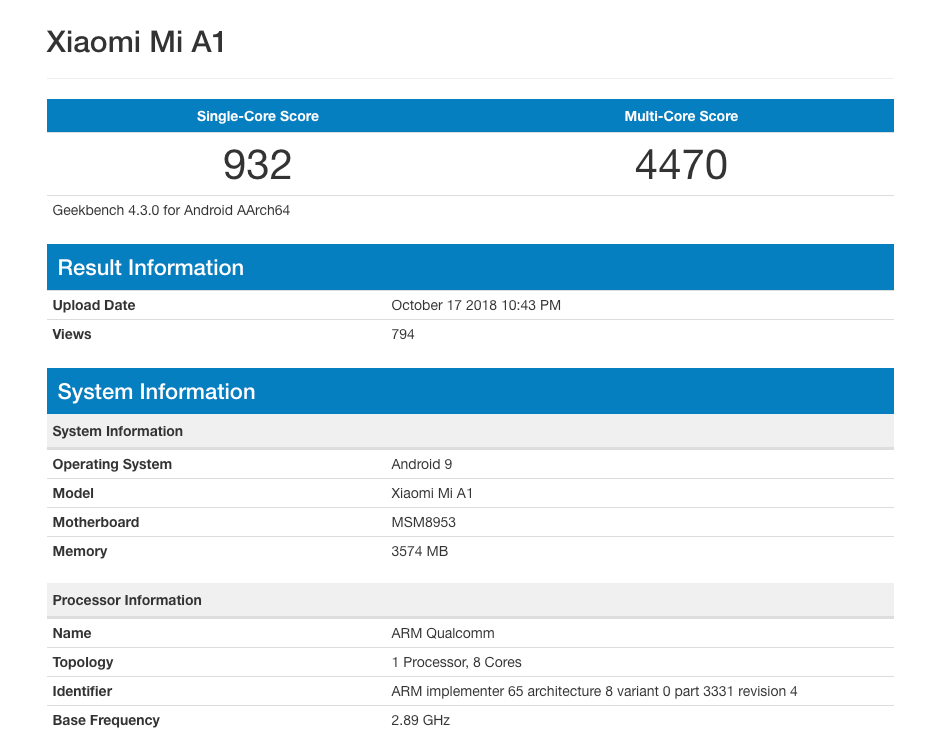 Getting into the details of the listing, Xiaomi Mi A1 scored 932 in the single-core test and in multi-core test it scored 4470 points. Moreover, Android 9.0 Pie is anticipated to come with exciting new features like optimized system performance, new full screen gestures, Adaptive Battery, and so on.

To quickly recap, the smartphone carries a display of 5.5-inch Full HD with a resolution of 1920 x 1080 pixels besides getting protected by Corning Gorilla Glass. Moreover, the phone runs with an octa-core Qualcomm Snapdragon 625 processor and 4GB of RAM + 64GB of internal storage. The phone sports a dual rear camera having 12-megapixel sensors. The Mi A1 is backed with a decent 3,080mAh battery and a fingerprint sensor mounted on the rear and an IR blaster at front.

Now that the phone is listed in the Geekbench with the new fresh Android update, we expect an OTA in the coming weeks.

Next 86% of American Teens Are Going to Buy iPhone Next