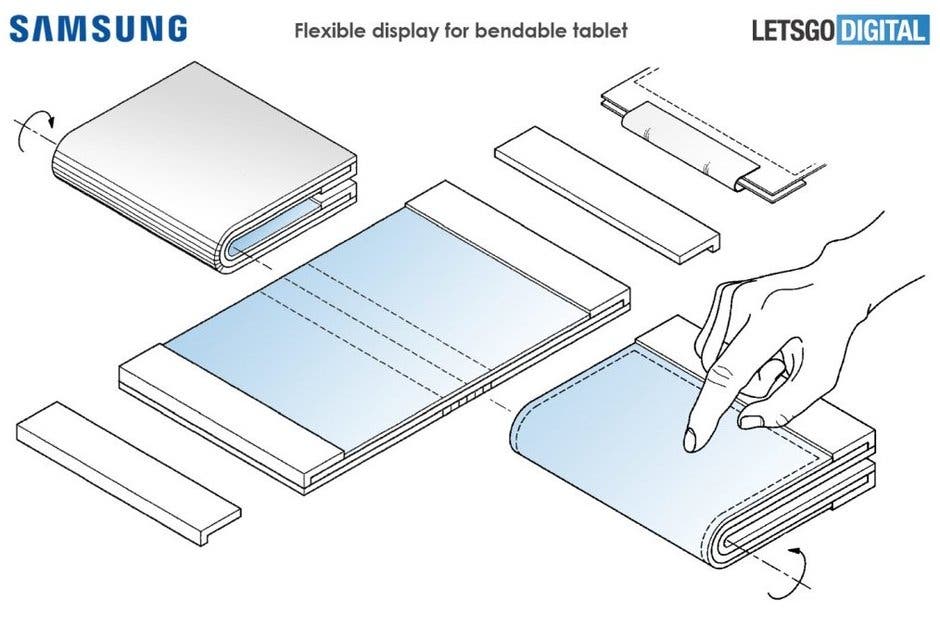 The patent mentioned has been filed back in April of 2018 in the U.S. but wasn’t been published until now. It describes a device that, when unlocked, can be used just like a regular tablet. However, if for any reason, users want to use just half of the display, it can be folded in one direction. That movement will turn off half of the screen and will switch the device’s UI to a more smartphone-like experience. The user can fold the remaining part of the display, thus protecting the display and allowing it to be placed easily in a pocket.

Foldable design still has some limitations, and with Samsung’s first foldable tablet things won’t be different. The device will carry two bezel-like grips on either side of the display, in order to house components. Apparently, the build materials will be mainly based on metal, while the center will come with a hinge-like mechanism.

While this device could pretty much launch alongside the Galaxy F, foldable devices are still a concept, and knowing the South-Korean manufacturer they’ll probably test only the Galaxy F in the market before releasing more devices. If the smartphone proves popular, the company can start the manufacture of bigger and bigger devices with the foldable technology.