Four months ago, Asus unveiled to the world its answer to the recently created gaming smartphone segment. The company came in style with one of its most ambitious release, the Asus ROG smartphone – A device that really shines as a gaming device, due to the specs and kinda-of-modularity.

The device has recently started to be sold in some regions, and today the company announced when the UK customers will be able to buy this mobile gaming house. 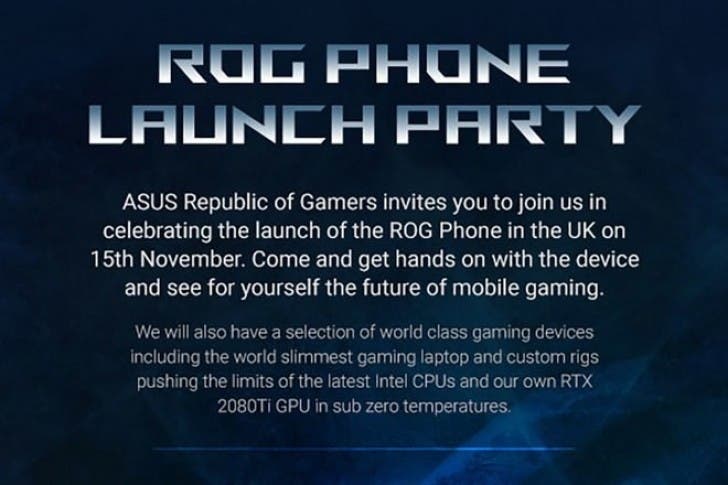 Today the company has sent out media press invites for an event scheduled for November 15. The device will be available for purchase a few hours after the UK release. The device will be showcased alongside Asus ROG Zephyrus M Laptop and an overclocked RTX 2080 Ti GPU from Asus’ Strix series of hardware for gamers.

Currently, the actual release date and the pricing haven’t been revealed. But considering previous reports we can expect a price tag that ranges towards $1,034.

Previous Apple will fix the front camera of iPhone XS and XS Max with the iOS 12.1 update