There is a new leak buzzing on the internet and it is about Samsung’s upcoming smartphone which is expected to come by January midweek. The leak revealed that the new phone will be loaded with a Snapdragon 710, the first in any Samsung device. On top of that, some anonymous sources have unravelled on Twitter the new phone’s few specifications and its model number too. From the looks of it, this appears to be a high-end Galaxy A7 (2018).

We are still unclear about the name tag that the phone will carry but we all know by so far that the model number of the upcoming phone could be SM-G8870 and might belong to the A-series of Samsung smartphones.

Recently, Samsung has launched its A series phones carrying Infinity Display design with 18.5:9 tall aspect ratio screens. However, the forthcoming phone is believed to be designed with AMOLED display and a 19.5:9 aspect ratio. The leak also revealed that the new phone will have a decent 3,000mAh battery. The Samsung Galaxy A7 (2018) has triples camera and, the leak suggests the SM-G8870 is expected to appear with triple rear cameras. 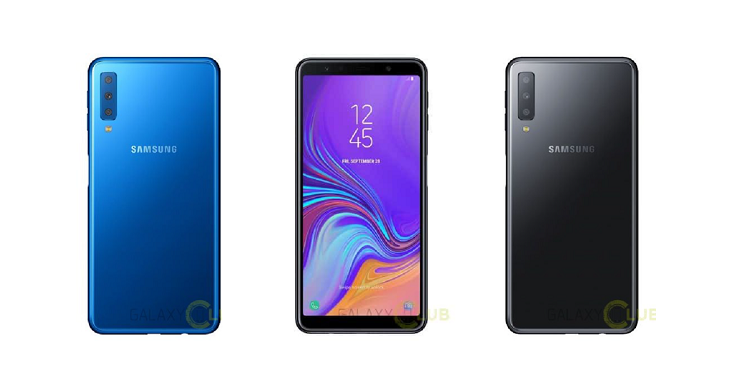 Furthermore, the phone is anticipated to come with Android 9 Pie OS onboard. Though there is no details leaked regarding the RAM and storage capacity of the device. The SM-G8870 is likely to power by Snapdragon 710 which is ranked above than the Samsung’s Galaxy A9 (2018) which is rocks a Snapdragon 660.

The handset will be packed with 3,000mAh battery. The Samsung Galaxy A7 (2018) that was announced recently is the first Samsung phone to come with triple rear cameras. The new leak reveals that the SM-G8870 will be also equipped with triple cameras on its rear.
The Galaxy A9 (2018) will be possibly launched in China on 24th October as Samsung wants to improve its growth in the country. Plus, Galaxy A6s might also be showcased alongside the mysterious phone and both phones could be furnished with colour gradient variations. Lastly, the launching of the SM-G8870 is like icing on the cake for Samsung in China if both phones are unveiled together.

Previous iOS 12.1 update will solve the "beauty filter" issue of the new iPhone