Apparently Samsung has many ideas in mind for its next flagship and the smartphones that will follow. Well so far this month the company has registered some interesting patents, the most recent refers to a smartphone with water drop notch and in-frame sensors.

According to LetsGoDigital, the new patent indicates a smartphone with a small notch in the shape of a water drop on the top front edge of the phone. Also, the document refers to the location of the in-frame sensors in the upper part of the frame.

The upper part of the frame will have small holes of different dimensions so that they can adapt to the sensors. Undoubtedly, this solution will not be liked by many who perhaps expected that the next Galaxy S10 will integrate sensors on the screen, because the patent of this idea was recently published.

This publication follows a series of patents from the company, such as the fingerprint sensor integrated in the screen, the foldable smartphone and other tech innovations that the company is thinking about.

However, remember that patents do not represent any confirmed project, so we will have to wait for the company to make its declarations formally. What do you think of this new patents ? We are waiting for your opinion in the comments. 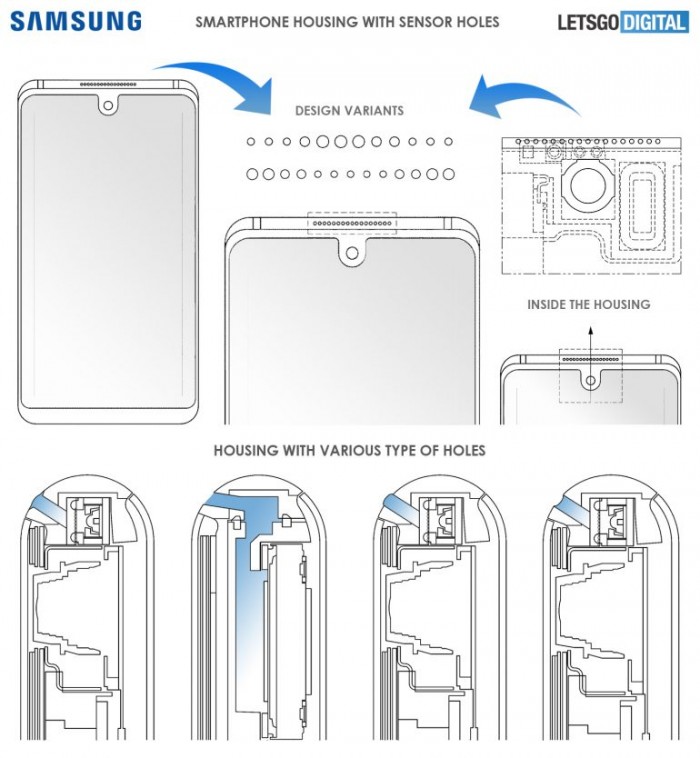