All the fuss regarding the Xiaomi Mi MIX 3 was laid to rest today after its official launch at the Forbidden City. Xiaomi’s CEO, Lei Jun, announced the Xiaomi MIX 3 Forbidden City edition at the end of the event. This is the version that will host 10GB of RAM. We have seen an image tour of this smartphone and its internals is the same as the regular version. However, this special edition incorporates the Forbidden City elements. The different shades of blue with the curve glass body follows the Palace Museum (Forbidden City) design. The rear has an inscription of the gods of the Qinan Temple. 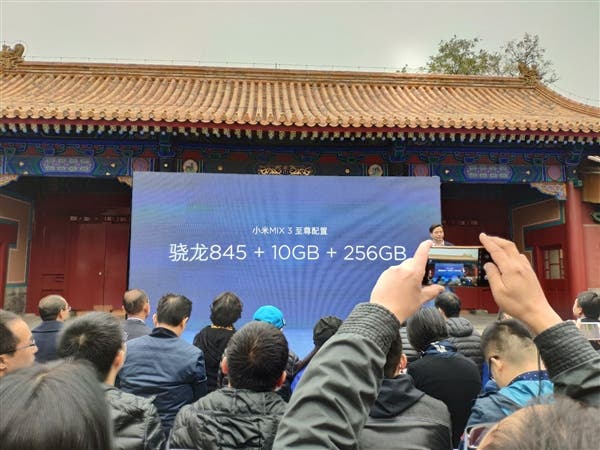 This lion-like inscription is a mythical beast in ancient Chinese legends. It has a longhorn and can distinguish between integrity and evil (according to the legend). The Xiaomi Mi MIX 3 Forbidden City edition comes with 10GB of RAM and 256GB of internal storage.  Potential owners of this special edition will have to fork out 4999 Yuan ($720). This smartphone comes with a couple of freebies upon purchase.