On October 26th, Chinese manufacturer, Xiaomi, released the Xiaomi Mi MIX 3 at the Forbidden City. According to Xiaomi’s CEO, Lei Jun, the Mi MIX 3 is far better than the Mate 20 series recently released by Huawei. The first official pre-sale of this smartphone started yesterday but the device sold out almost immediately.  However, there are many Mi fans who wish to own this smartphone and are searching for where to get one. 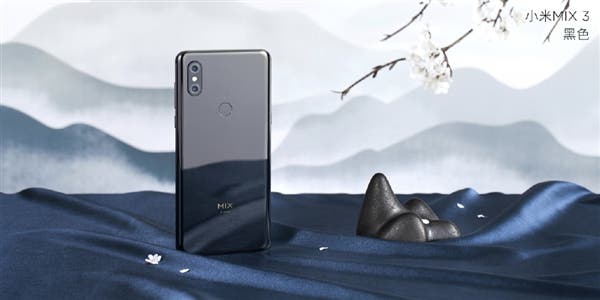 Now, second-party sales platforms are taking advantage of the situation. The current prices of this smartphone depending on the model are highly inflated. For the base variants, these retailers sell for about 500 Yuan ($72) more. While the 256GB sells for about 1000 Yuan ($144) more than its release price. 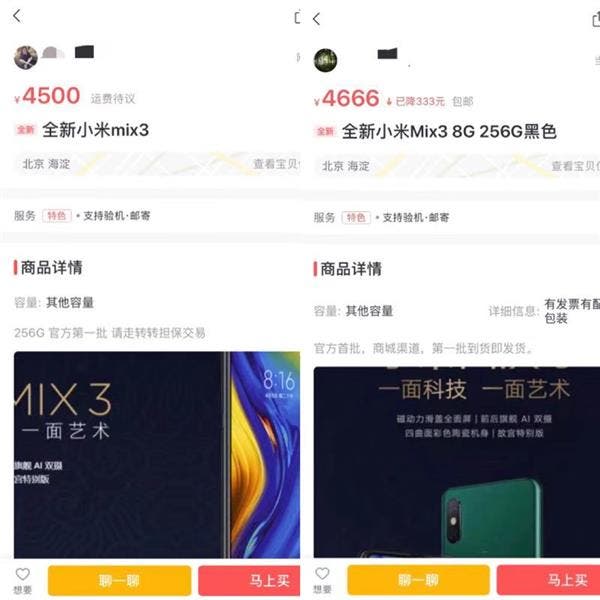 The Xiaomi Mi MIX 3 adopts magnetic slide full-screen design. It has a 6.39-inch FHD+ AMOLED screen while its screen ratio 93.4%. According to the company, this is the first slide-screen full-screen phone. This smartphone is powered by a Snapdragon 845 SoC coupled with 6GB/8GB/10GB of RAM and 128GB/256GB of internal storage. This device comes with a 3200 mAh battery which supports 10W wireless fast charge. In addition, the Xiaomi Mi MIX 3 comes with a dedicated AI button. However, XiaoAi only relates in Chinese thus global users are shut out of that feature.

In the camera department, we have a dual camera setup on both sides. The front has a 24MPconfigurationation while the rear has a 12MP+12MP configuration. On DxOMark, Xiaomi Mi MIX 3 scored 108 points. See the complete specs details this smartphone HERE