The Honor Magic 2 appears to deliver on everything it’s promised, it packs a total of 6 cameras, a sliding mechanism and a fingerprint scanner under the display. 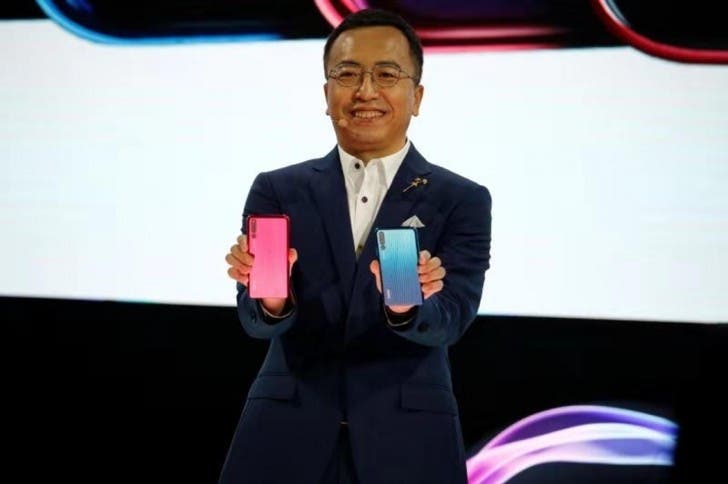 Beneath the screen we then find a flagship Huawei Kirin 980 CPU paired with 6GB or 8GB of RAM and 128GB or 256GB of high speed internal storage, sadly there’s no card slot.

As far as photos are concerned, the Magic 2 brings a whopping 6 cameras, of which 3 at the front and 3 at the back. The rear ones include a main 16MP shooter, a 24MP B&W monochrome seoncary and a third wide angle lens of 16MP resolution. This means there’s no telephoto lens on the phone, in its place we find a probably less useful B&W sensor, but we can assume the Magic 2 would have become too much of a Huawei Mate 20 killer if it had the same camera combo. 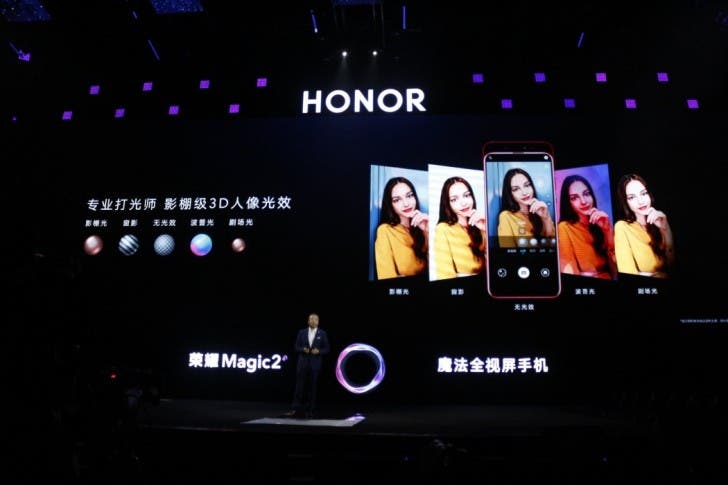 Moving onto the front, here Honor surprised pretty much everybody with 3 cameras, a main 16MP snapper and two 2MP auxiliary sensors to capture depth info. Plus there’s an infrared emitter to Face unlock the smartphone through what Honor calls a “depth-sensing bionic lens”.

As we’ve previously mentioned though, you don’t have to rely on that. The Honor Magic 2 does sport an under display fingerprint scanner, which won’t be as fast as an old-school one, but it’ll definitely turn some heads.

The Magic 2 comes with an averagely sized 3500mAh battery with support for some extremely fast charging at 10V4A, basically 40W. This tech will allow you to charge the phone to 50% in just 15 minutes. 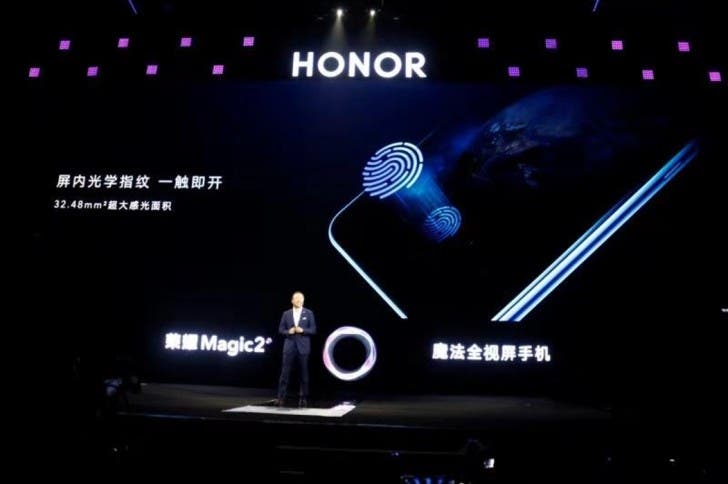 Finally, the handset packs an USB Type-C port, Bluetooth 5, dual-band GPS and there’s no headphone jack. The new Yoyo AI assistant has also been brought to the phone which will be available in Blue, Red and Black gradients.