OnePlus as expected announced the arrival of the keenly awaited OnePlus 6T in India on Tuesday. The phone was first announced in the USA a day earlier at a rescheduled event and is now been announced in other territories. In India, the Oneplus 6T will retail exclusively on Amazon.in as well as one plus.in from November 1st midnight, before it will be made available on open sale via OnePlus.in, Amazon, OnePlus stores, Reliance Digital and Croma stores offline.

While we already know all the specs details about the OnePlus 6T, OnePlus at the India event announced the Oneplus 6T local pricing as well as its plans to open a research and development centre in Hyderabad for product innovation and improved localisation. It said plans to open new OnePlus Experience Stores in Bengaluru, Delhi, Mumbai, and Pune are also on the way, while also renewing its offline sales deal with Reliance Digital. 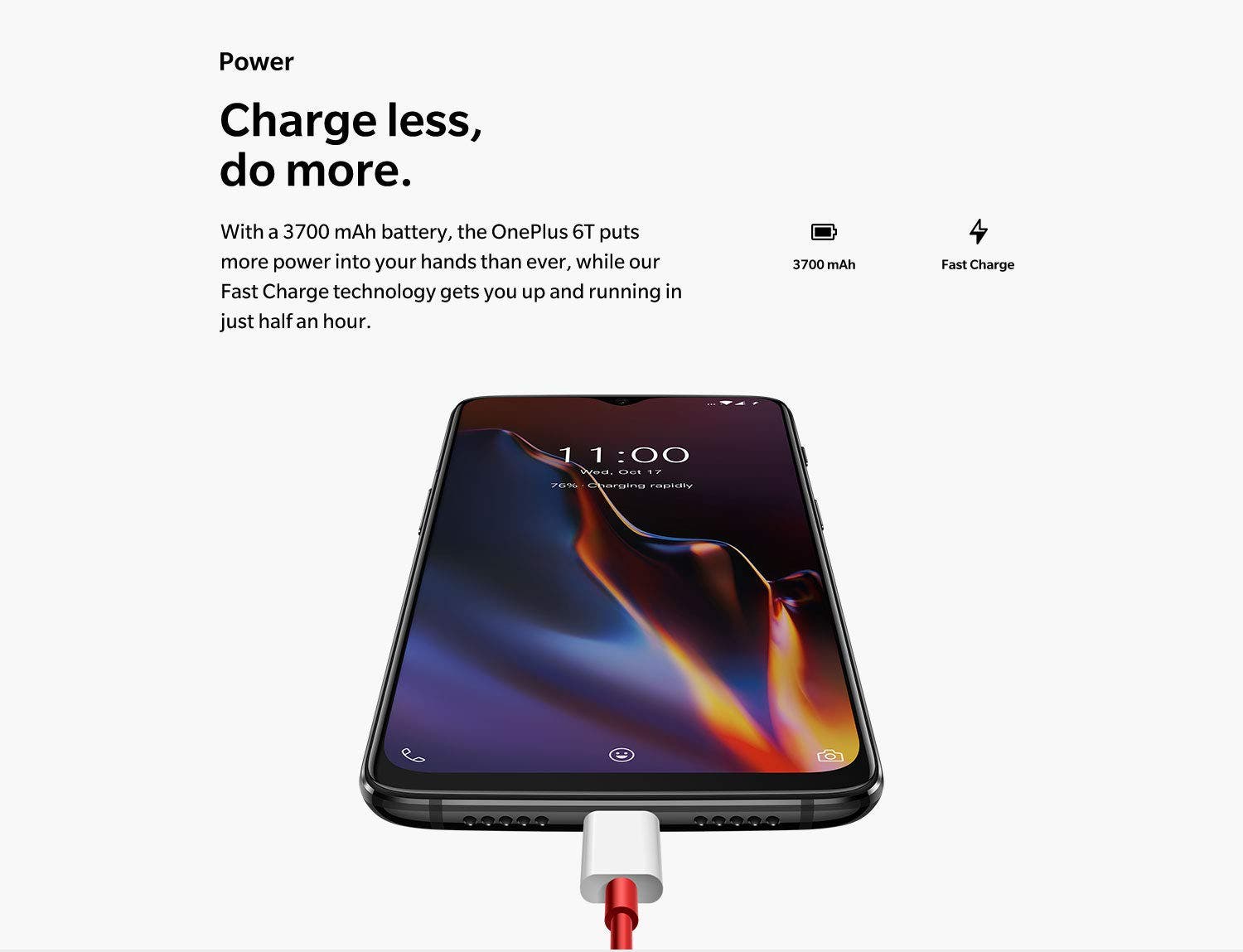 The OnePlus 6T specs as announced yesterday in New York match up with virtually all rumoured specs. The 6T comes fitted with a 6.41-inch OLED screen with a resolution of 2340×1080 (402ppi), 19.5:9 aspect ratio, and an in-display fingerprint reader which the company prefers to refer to as the “Screen Unlock.” You can find the detailed specs, images and other details here.