Recently, the Chinese tech giant began paying more attention to its smartphone business. But first of all, this is a computer maker, and it’s reasonable to expect for new models for this niche as well. For a long time, Lenovo has been the absolute leader in the Chinese laptop market. Maybe currently, it doesn’t lead the list, but there is every chance to win it back quickly. A few days ago, on October 27, the company launched the Lenovo Xiaoxin Air 13 notebook in Beijing. It comes with the eight generation Core chips, paired with the MX150 graphics card. The starting price is 4,999 yuan ($720). Today, all models of this amazing laptop went on sale.

The Lenovo Xiaoxin Air 13 notebook features a slim design of 14.8mm and a three-sided metal body, weighing only 1.25kg. There are four color options to choose from – light gray, supreme black, lake blue, and rose gold.

At the same time, the Lenovo Xiaoxin Air 13 uses a 13.3-inch Full HD IPS screen, which accounts for 80% of the front panel. The display also has a 100% sRGB color gamut and supports about 180° hinging. As said above, the laptop is equipped with the 8th generation Intel Core processor, the NVMe PCIe SSD, and the NVIDIA GeForce MX150 discrete graphics card with a 2GB GDDR5 memory. It provides three modes, namely quiet, balanced, and beast.

In terms of battery life performance, the Lenovo Xiaoxin Air 13 sports a 45Wh high-density battery, providing up to 8 hours of long-lasting battery life. According to the official introduction, charge 15 minutes to use 2 hours. 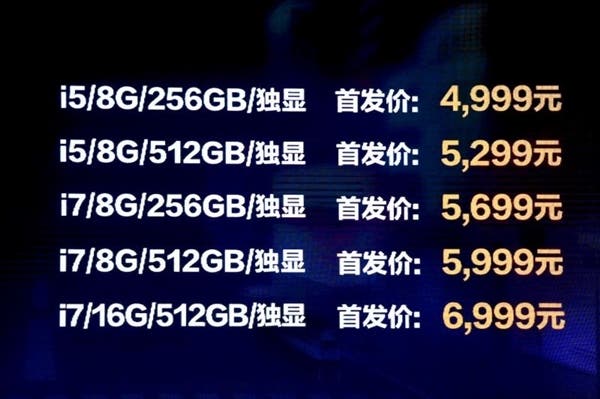 Next Vivo Y93 launched: The first smartphone to use the Snapdragon 439 chip