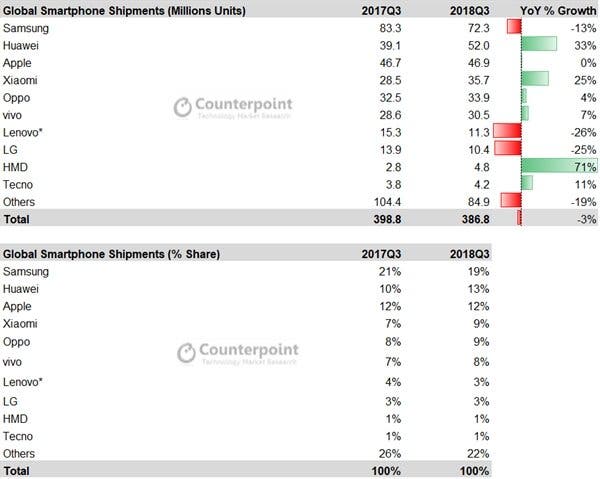 In the third quarter of 2018, Samsung is still the largest smartphone manufacturer in the global market, with a total number of 72.3 million units, down 13% from the same period last year. At the same time, Huawei shipped 52 million units, ranking second, up 33% year-on-year. The second largest increase in the top five is Xiaomi. The 35.7 million units shipments increased by 25% year-on-year, ranking fourth. Among the TOP10 international manufacturers, the HMD (Nokia) is attracting with a strong increase of 71%, while Lenovo (including Moto) and LG both have double-digit declines. 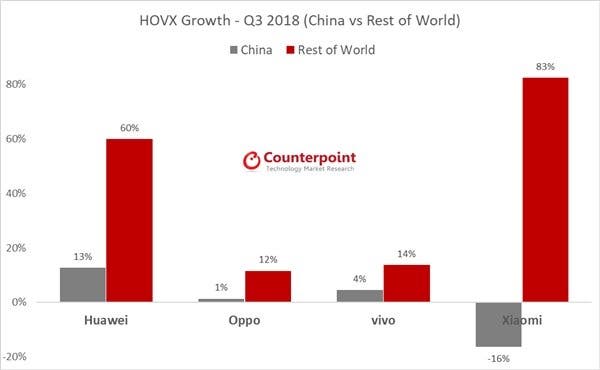 In the Chinese market, only Huawei, VIVO and OPPO in the third quarter of 2018 did not see a decline in shipments. Xiaomi’s shipments in the domestic market fell 16%, Apple fell 17%, and Samsung dropped a staggering 67%.

More specifically, although Xiaomi’s shipments in the domestic market fell by 16% in the third quarter of 2018, shipments in foreign markets increased by 83%. So Xiaomi continued to grow in the global market. In the same period, Huawei’s shipment growth in overseas markets also reached 60%.

In terms of domestic sales, the leaders are Huawei, VIVO, OPPO, Xiaomi, Apple and Samsung. However, total shipments also fell by 8%.

Next Why Smartphones Battery Life Decreasing Over Time?