Chinese manufacturing giant, Meizu, recently released its new quasi-flagship smartphone, Meizu X8. This smartphone is the first Meizu phone to come with a notch and a full screen. However, this smartphone seems to be giving some users call issues. On the Meizu forum, some users complained that the call quality of the Meizu X8 is poor and the caller cannot hear the response of the other person. In response to this complaint, Meizu CEO, Huang Zhang, said “I’m sorry, I will follow up” 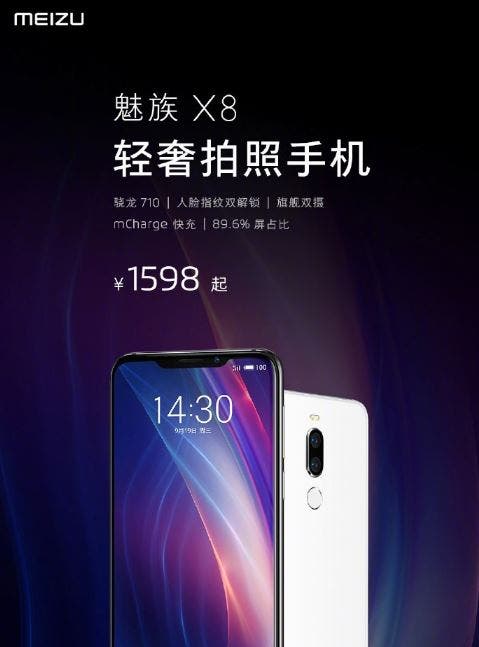 As of now, it is not clear if the issue is widespread or if its only a few units that are experiencing this issue. However, the company is obviously looking into the issue now. The Meizu X8 is powered by a Qualcomm Snapdragon 710 processor coupled with 4GB/6GB of RAM and 64GB/128GB of internal storage. It is equipped with a 6.2-inch notch display with a display resolution of 1080 x 2220 pixels. In the camera department, this smartphone comes with a 12MP+5MP dual rear camera, it also has a 20MP shooter for selfies. The lights of this smartphone are kept on by a 3210 mAh average battery.

Next Huawei Mate 20 Pro with faulty display will be replaced