The smartphone manufacturing industry is consistently evolving the and quest for a full-screen display means that full-screen gestures will be needed. Today, Honor officially announced that the Honor 10 GT full-screen gestures are now active. This means that users can now easily carry out one-handed operations. When in full-screen mode, there is no navigation knob on the screen and you have just the display for all operations. You simply have to swipe up from the bottom of the display to return to the desktop, slide up and pause to open multitasking, slide left and right to return to the previous operation. 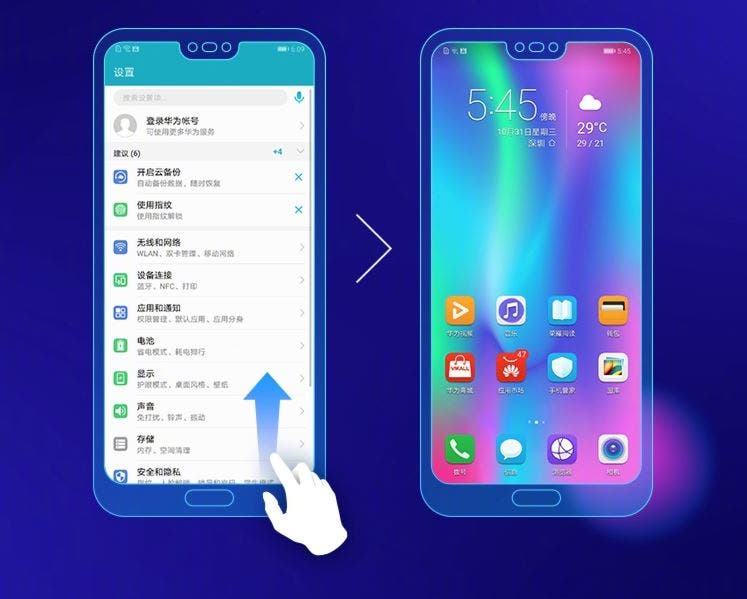 This smartphone is designed for the younger folks as it comes with a massive camera. The Honor 10 GT adopts a twilight coating process, which uses different wavelengths of light to deflect different angles during refraction. In the camera department, we have a 24MP+16MP dual rear camera setup on the rear which comes with a dual f/1.8 aperture, dual-core phase focusing, 500+ AI scene recognition, image semantic segmentation, and intelligent  image content identification. 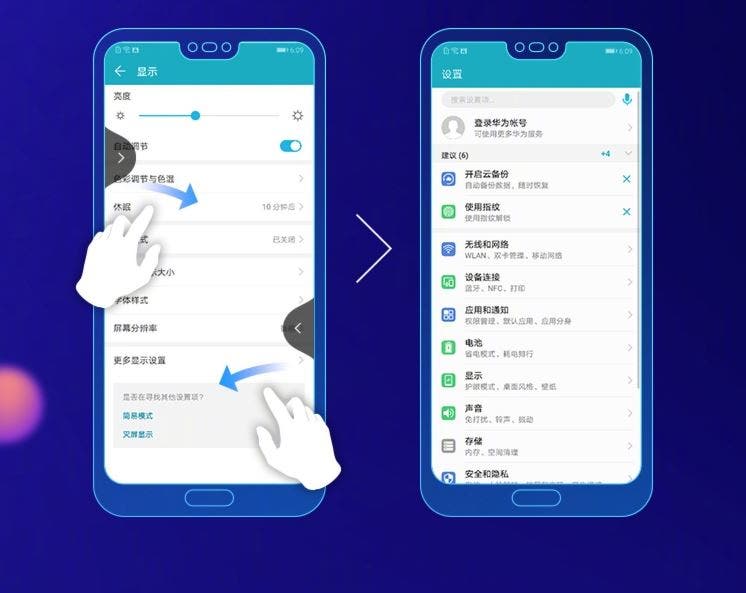 The Honor 10 GT uses a 5.84-inch notched display and it is powered by a Kirin 970 processor, Huawei’s second strongest chip, behind the 7nm Kirin 980. It comes with 6GB of RAM and 64GB/128GB of internal storage. This smartphone runs on EMUI system based on Android Oreo depth customization and its lights are kept on by a 3400 mAh battery.