Previously, there were two chip makers competing with each other in the Android camp. But since 2017, there was only one leader, and it was Qualcomm. Next year will be hot. The 5G will become one of the most required options on any mobile device. Qualcomm has already developed the Snapdragon X50 5G baseband chip and has carried out in-depth cooperation with many smartphone manufacturers. To win back its former popularity, MediaTek should come in with something identical. We knew it will be the Helio M70. But there will be others for low-end smartphones as well. It’s been rumored the Taiwanese chip maker will announce the mentioned SoC only by the end of next year. Today, the company issued another statement and confirmed this, saying the M70 will be uncovered in the first half of 2019. The 5G SoC chip is also under development and is expected to be commercially available by the end of this year. 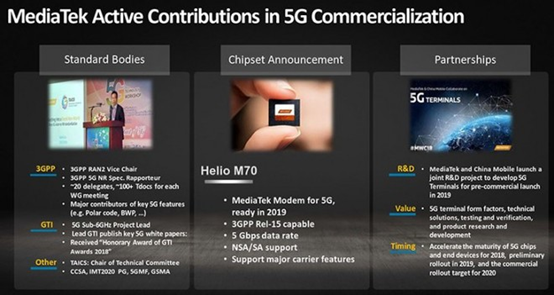 Like the Snapdragon X50, the MTK Helio M70 is an independent 5G modem built on TSMC’s 7nm process and has further improved heat control. Of course, it is compatible with 3GPP Release 15 specifications and provides data transfer speeds of up to 5Gbps.

Previously, MediaTek released its latest mobile SoC platform with AI, namely the Helio P70. However, at present, no OEM manufacturers have announced the launch of smartphones equipped with this SoC. Based on the current market situation, it is difficult for MediaTek to increase its market share. Maybe it will realize its former plan of providing chips not only for Android phones but for Apple iPhones as well. 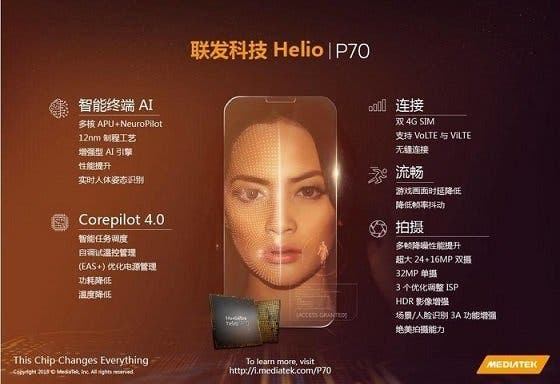 This shouldn’t sound too odd. 5G technology is currently in its infancy, and most 5G chips are independent chips. Even Qualcomm’s 5G products are independent chips. Because of the cost factor, major smartphone manufacturers prefer the 5G SoC instead of the plug-in independent 5G chip. However, Apple prefers the external 5G chip, because it is more conducive to Apple’s optimization of its own iPhone processor.