Chinese manufacturing giant, Xiaomi, is one company that has expanded and diversified widely over a short period of time. As of now, the company has several generations of notebooks. However, it is still releasing more. Now, the company just unveiled its cheapest ever notebook and this will be a delightful news to Xiaomi lovers with a low budget. Now, with less than $500, you can own a Xiaomi notebook. 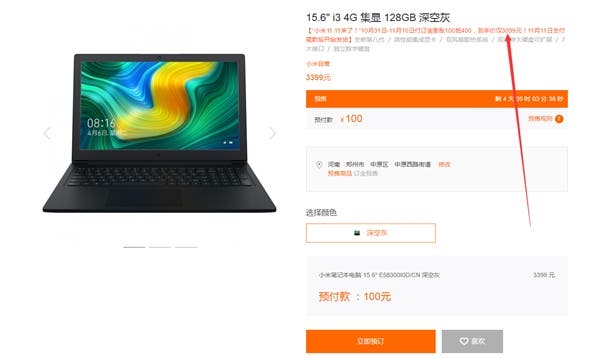 Today, Xiaomi announced its new 15.6-inch notebook with the eight-generation core i3 processor. This laptop comes with a 3399 Yuan ($492) price tag.  The Core i3 is the only Intel chip with two cores. While this may not be desirable for many high-end users, entry-level notebook users will appreciate the workability of this notebook. The Xiaomi notebook 15.6-inch with Core i3 chip comes with a minimalist design and it does not have a logo just like other Xiaomi notebooks. It uses a metal cover and its body thickness is only 19.9mm. 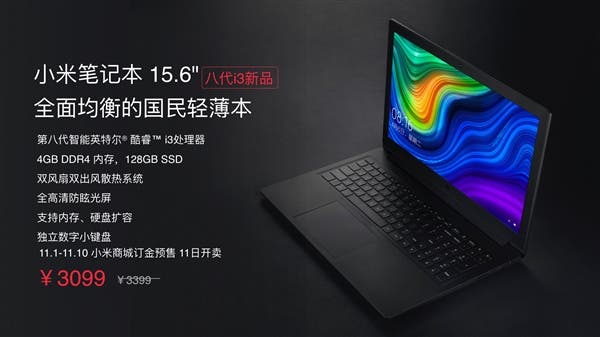 This notebook has a 15.6-inch 1080P display and the processor is supported with 4GB DDR4 memory +128GB SSD. It is compatible with memory expansion up to 32GB. It is further equipped with a dual-fan cooling system with 2+2 heat pipe layout to ensure a stable performance. When you are fully engaged in work or entertainment, it will always be cool and efficient. In addition, Xiaomi Notebook With Intel Core i3 Processor is equipped with 7 major interfaces. This include a USB 2.0 port, a Gigabit Ethernet port, HDMI interface, 2 x USB 3.0, a headset jack, and a three-in-one card reader port etc. This makes it easy to deal with a variety of connectivity scenarios.

This notebook is currently on pre-order and if you pay a deposit of 100 Yuan ($15), you will be given a discount so that the final price you will pay for this notebook will be 3099 Yuan ($448). After the final payment is made, this device will ship from November 11.