The quest to build a “true” full-screen smartphone has led to a lot of modification of a smartphone display. We have seen designs like wide notch, waterdrop notch, periscope design, pop-up, and camera design. Most recently, we got the slide-screen design as well as the dual-display design. Though these designs are different, they all aim to achieve the same goal, a Full-Screen display. A few days ago, Samsung announced its new Infinity-O panel in which the front camera is hidden in the display. Now, a new patent, probably from Huawei shows a similar design with some modifications. 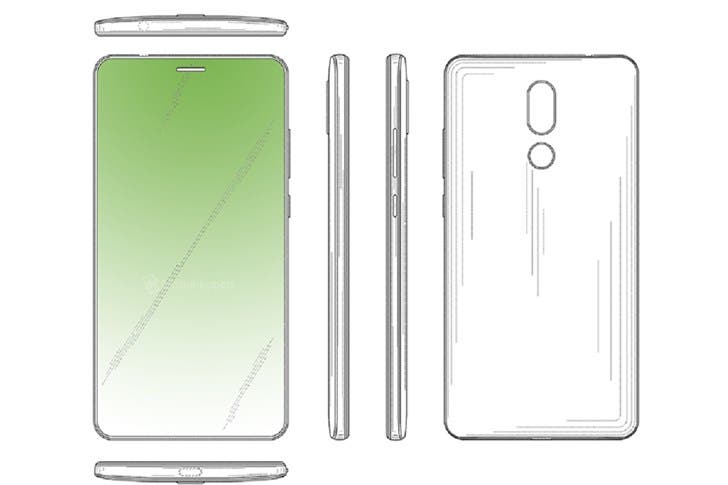 Unlike Samsung, Huawei hides the camera in the strip-shaped in-ear speaker hole. According to speculations, this strip hole will accommodate the front camera and associated required sensors. This means that all the features we find in the notch will be contained in the speaker strip. At present, Huawei has not responded to the authenticity of this patent, so we cannot verify how true this patent is. However, it is reported that the Samsung Galaxy S10 will be equipped with on-screen camera technology, so Huawei is likely to use a similar design on the upcoming Huawei P30 series.

It is reported that the Huawei P30 series is still equipped with a triple rear-camera configuration, and will be powered by the 7nm Kirin 980 processor even though the Kirin 990 is already in the works.