Chinese manufacturing giant, Huawei, is presently doing quite well in the smartphone market. Many thanks to its Honor sub-brand. The company recently released its flagship Honor Magic 2 slider phone and now it is scheduled to release another device which is more affordable. Yesterday, there were repports that Honor will announce a youth edition smartphone in the Honor 10 series. Now, it turns out to be the Honor 10 Lite. This smartphone will be released in Beijing, China on November 21. 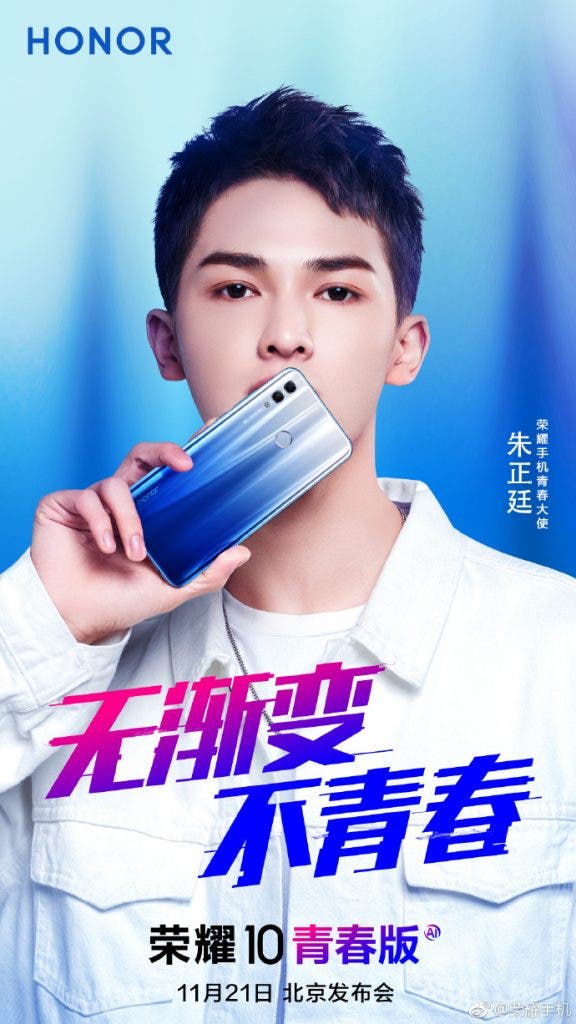 There are no confirmed details regarding this smartphone but it apppears that this device price tag will be within the thousand Yuan zone. The rear of this smartphone appears premium with a gradient colour design, vertically aligned AI dual camera setup and a fingerprint sensor. Wide speculations suggests that it will be powered by a Kirin 710 chip.

As of now, Huawei already have the Kirin 710 SoC on a couple of smartphones including Huawei Mate 20 lite, Huawei Nova 3i, and Honor 8X. This chip is becoming popular in Huawei’s mid-range phones and the company need to prepare an alternative before the market gets tired of the Kirin 710.