As you know, the forthcoming flagship chip of Qualcomm has been renamed from the Snapdragon 855 to the Snapdragon 8150. Along with it, two other models will be announced in face of Snapdragon 6150 and 7150. They are expected to be officially unleashed in the first quarter of 2019. This is also in line with the practice of Qualcomm Snapdragon flagship platform, which is released at the end of each year. It will be manufactured using TSMC’s 7nm FinFET process. In addition, the independent NPU will be added to the chip. It will greatly improve the AI performance in comparison to the current AIE. Well, today we found out a new Qualcomm chip results in the GeekBench database, and it’s suspected to be the upcoming SND8150. 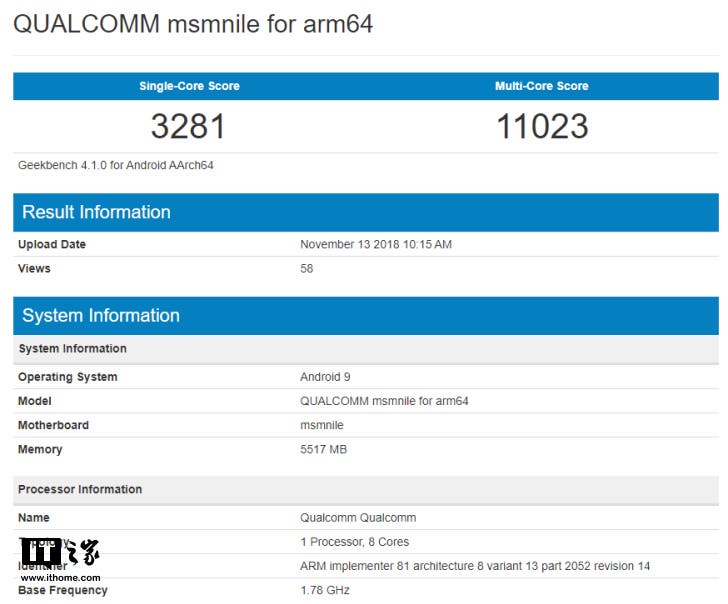 In the GeekBench database, the leaked processor is named as ‘QUALCOMM msmnile for arm64’. Everything looks like we are dealing with the upcoming Snapdragon 8150. Especially, it refers to the running scores in comparison to the previous generation flagship Snapdragon 845. Both tests for single-core and multi-core performance show a huge upgrade.

At last, the Snapdragon 8150 will also adopt a three-cluster CPU core design similar to the Huawei Kirin 980. That is to say, this chip has two super large cores, two large cores, and four small cores.

As said above, the Snapdragon 8150 is expected to be commercially available in the first months of next year, but it should debut at the annual summit in Hawaii in December.

Next Next-Gen Meizu 16s Will Be Packed With Snapdragon 8150