A few days ago we’ve been surprised by the apparition of a couple of Xperia XZ4 CAD renders that gave us a glimpse of what to expect from Sony’s next big thing for the mobile industry. Today a new set of the leaked case renders, were spotted in the wild, confirming pretty much the speculations about this smartphone.

First of all, the Xperia XZ4 is expected to debut with a tall 6.5-inch screen. According to the leaked CAD renders, the device would debut with an unusual 21:9 aspect ratio, and judging by the leaked case renders, the XZ4 will indeed be taller than any smartphone in the market.

Another interesting details: There is a small cut-out for the Power Button, while the other buttons are covered. Thus indicating that Sony will once again move its fingerprint scanner to the frame, doubling as a side-mounted Power Button.

Also, there’s a loudspeaker grille at the bottom, which supports another rumor: The XZ4 will ditch the company’s famous front-firing speakers. But this doesn’t necessarily mean that the company will not bring a stereo setup, after all, Sony could use the same solution adopted by Apple and Samsung, with a bottom speaker and a single ear-speaker at the top that doubles as a stereo speaker. Last, but not least, the case confirms that the Xperia XZ4 won’t come with a 3.5mm port. 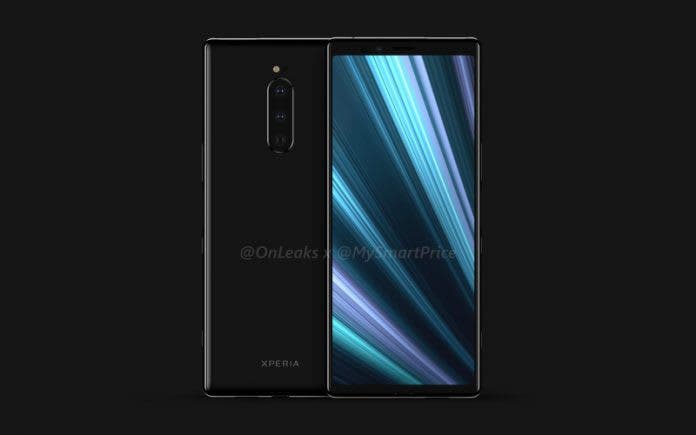 Sony took some time to move from 16:9 panels and only recently adopted more than one camera. With the XZ4 seems that Sony wants to catch up with the competition in every aspect, with a taller 21.9 display and a triple-camera setup. For this latter characteristic, we are especially curious to see what the company behind the best camera sensors in the smartphone will bring.

Next Russian ECC might have revealed ZTE's 2019 Budget lineup