HMD Global had earlier scheduled a launch event for December 6th in India, and another one for December 5th in Dubai. Reports have it that the Dubai event will be a launch pad for three different Nokia phones, after which one or two of those devices will land in India on December 6.

Well, it appears the firm has rescheduled the December 6th Indian event for December 10th without citing any reasons. The firm is reportedly now sending invites to the media to a launch event on December 10th in Delhi – India, where it could launch the Global variant of the Nokia X7.

The Nokia X7 isn’t fresh off the factory device, it was first announced in China last month and is only about now making it to other countries.  And if you have been keeping abreast, it has been reported that the Nokia X7 will launch outside of China as the Nokia 8.1, and if that pans out, then we expect similar specs and features. 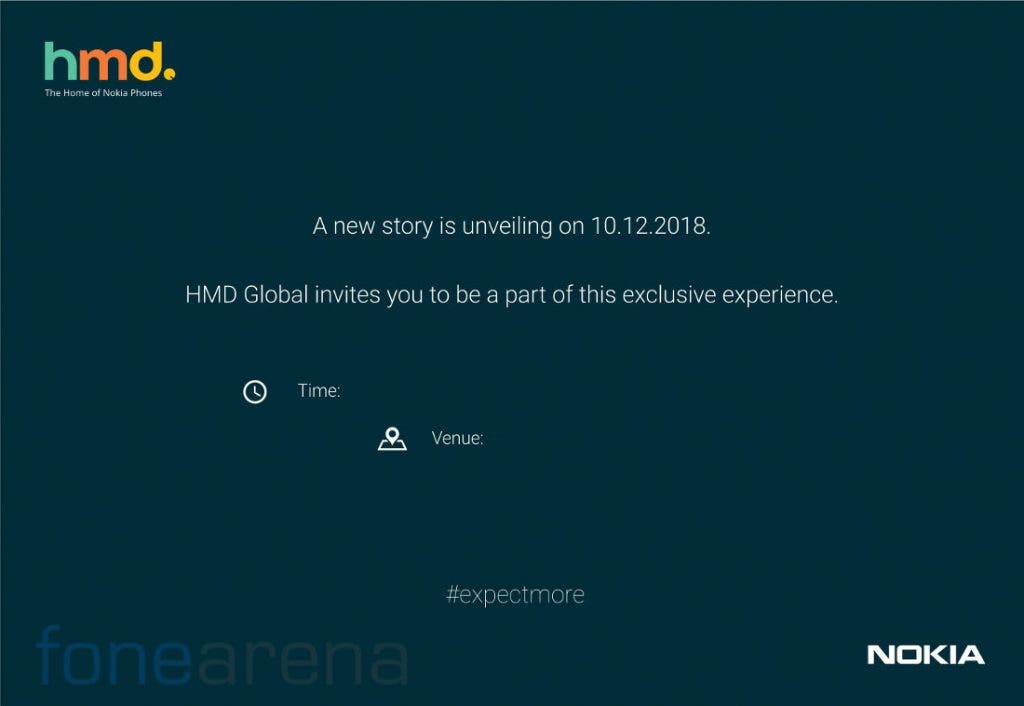 The decently specced phone like most of the X series  has a large 6.1-inch display with the trendy iPhone X-like notch and is powered by Qualcomm’s Snapdragon 710 SoC coupled with 4GB RAM, with up to 128GB storage.  There’s a fingerprint scanner and a 12MP + 3MP dual camera combo on the flip side, while a single 20-MP sensor sits within the notch.

The Nokia X7 in China is equivalently priced at $245, so we expect a decent price tag when it launches as the Nokia 8.1 in India.

Previous Meizu 16 to debut in India on December 5