With the official arrival of Xiaomi Black Shark Helo earlier this month, it’s been expected that the company will slash down the price of its previous Black Shark gaming phone. Now, Xiaomi has announced via its Weibo handle that the Xiaomi Black Shark gaming phone will take a price cut starting from December 3. The 6GB+64GB version will now sell for 2299 yuan ($331) while the 8GB+128GB and 8GB+256GB variants will sell for 2599 yuan ($374) and 3599 yuan ($518) respectively. 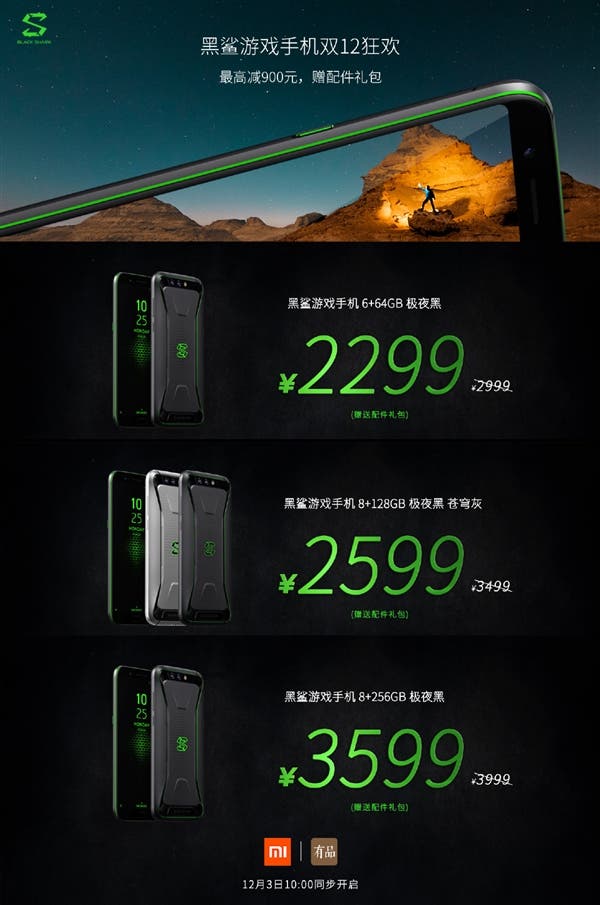 The Xiaomi Black Shark gaming phone was released on April 13, 2018. This device uses a 5.99-inch 2160×1080 display and it is powered with a Qualcomm Snapdragon 845 processor. In the camera department, this smartphone has a 12MP+20MP dual rear camera setup and upfront is a 20MP shooter. The lights of this smartphone are kept on by a 4000 mAh battery. Not only that, the Black Shark gaming phone is equipped with a multi-level direct-touch integrated liquid cooling system which covers the high-heating modules. This effectively cools the core components of the mobile phone, and the processor can maintain high frames and stable output for a long time. 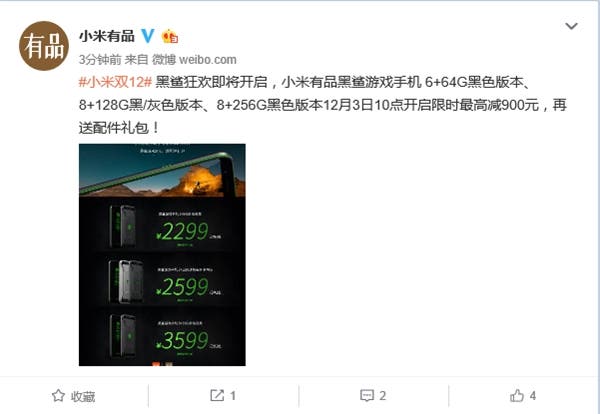 Next Microsoft software products on Goodoffer24 start at $10.45 with coupons