In mid-October, Huawei introduced the Enjoy 9 Plus smartphone (Y9 2019), and in early December released its top configuration with 6 GB of RAM and 128 GB of ROM. Now, a simplified version of the device called Huawei Enjoy 9 (aka Huawei Y7 Prime 2019) has appeared in the database of the Chinese regulator TENAA. 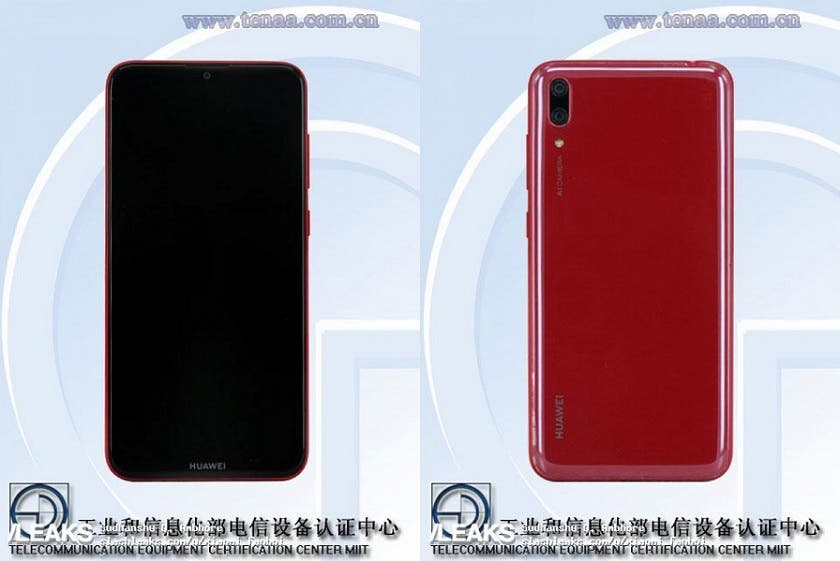 Mysmartprice website managed to access the official press renders of the smartphone, which clearly showcase its waterdrop notch design and dual rear cameras.

Judging by the available photos, the younger brother of Huawei Enjoy 9 Plus will get a waterdrop notch design and a double vertical rear camera. The fingerprint scanner is not visible – maybe it is built under the screen, which is unlikely. 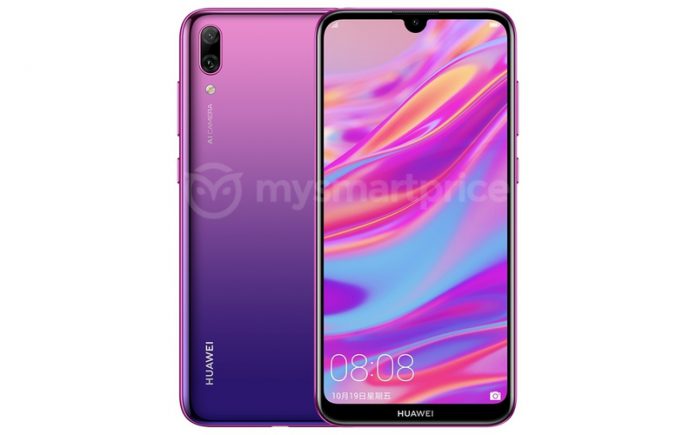 The main dual camera will receive image sensors of 13 and 2 megapixels, the front one is an 8-megapixel module. The battery capacity is 4000mAh and the device will run the Android 8.1 Oreo based EMUI 8.0.