Today, Xiaomi’s president, Lin Bin, revealed on Weibo that the company is set to release a new smartphone with a 48MP camera. He was specific about the release time as he mentioned January next year. After his Weibo post, Subsequently, MIUI officially added that the smartphone is equipped with the MIUI 10 system. 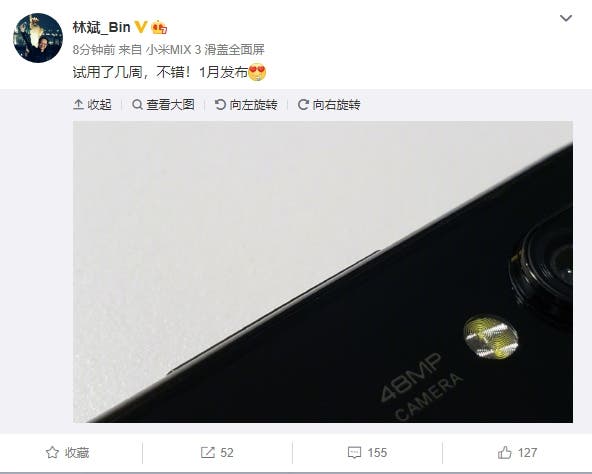 Lin Bin only briefly revealed, “Trying for a few weeks, not bad!”, but the tail comes from the Xiaomi Mi MIX 3. This implies that this phone comes with a camera department that is an improvement from what we have on the Mi MIX 3. From the image, this should be a new Xiaomi flagship with a vertical camera arrangement, glass body, integrated volume button, and a dual color temperature flash. It is not a single camera setup thus we expect another camera sensor with the 48MP shooter. 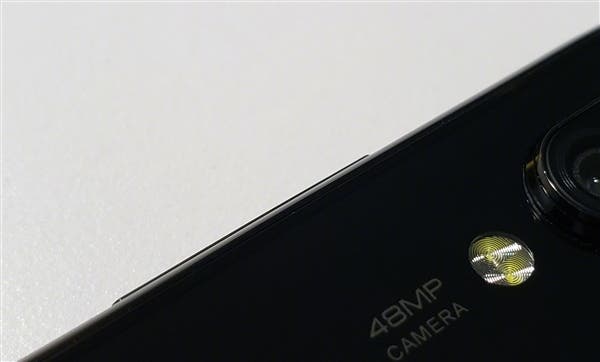 The 48MP CMOS that has been publicly released mainly includes the Sony IMX586 and Samsung ISOCELL Plus GM1. The IMX586’s specifications include a 1/2-inch sensor, 0.8μm per pixel, support for four-pixel synthesis, and video support up to 4K 90FPS. The Samsung GM1 also comes with a 0.8μm unit and supports four-pixel synthesis. The sensitivities are equivalent to 12MP pixels and a single pixel size of 1.6μm.

However, it is most likely that this module will be the IMX586 because it has been shipped since September while the Samsung GM1 is currently in mass production. Xiaomi is among the first batch of manufacturers scheduled to use the SD855 7nm chip from January 2019 but it is not clear if this phone will use the new Snapdragon 855.

Next Huawei Y7 Prime 2019 specs and images spotted on TENAA