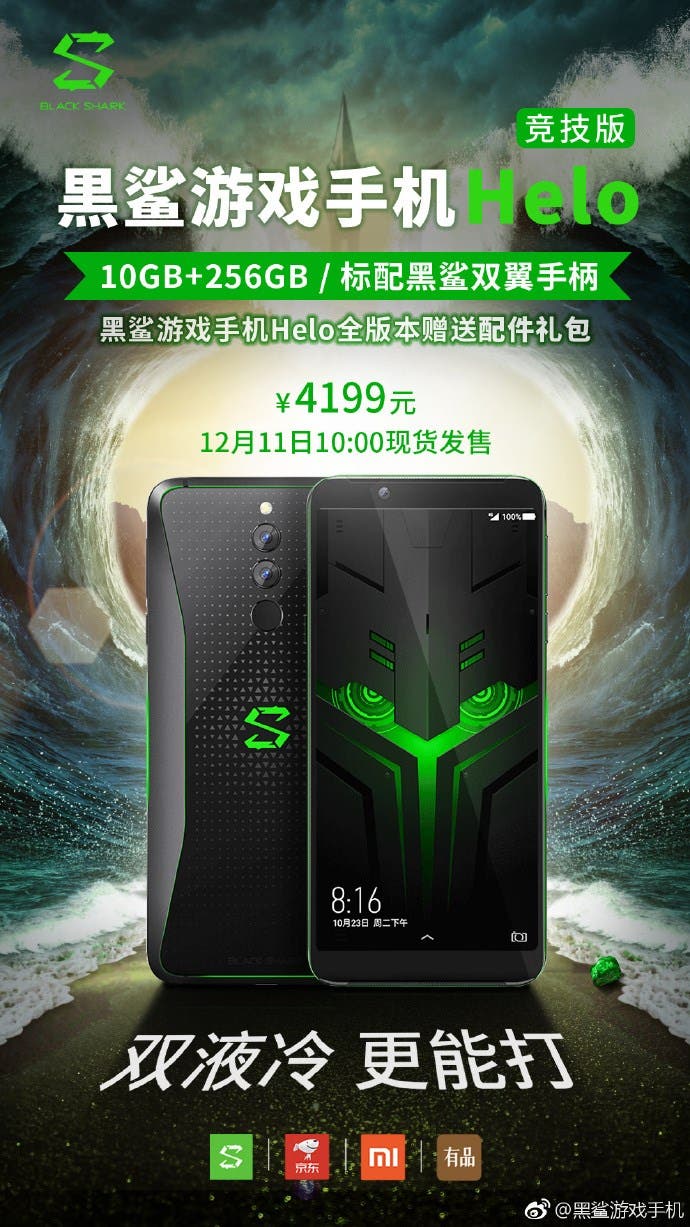 The Black Shark Helo adopts a new industrial design. The back of the phone called ‘3D Halo Backboard’ is made of metal + shark-grain glass, but the overall shape is not much different from the previous generation model. The condensed edge added on the side makes the whole the machine visually slimmer. Black Shark also added a light strip to each side of Helo’s fuselage, and the ‘Custom Streaming Symphony System’ supports 16.8 million color display during the game.

As for the key features, the Black Shark Helo uses a 6.01-inch Samsung AMOLED screen, with an independent image processing chip, which also supports an intelligent motion compensation technology. It also supports HDR for games that do not support HDR display originally. So now they can rely on this exclusive SDR Turn to HDR technology. Moreover, the Biso immersive sound effect and the three microphones are developed independently.

As for the hardware, the Black Shark Helo still uses the Snapdragon 845 mobile platform, with a maximum of 10GB of memory and a running score of nearly 310,000. On the basis of the X antenna, a floating WiFi antenna is added to the side of the fuselage. The software also provides a network compass tool for real-time monitoring of the network status of obsessive-compulsive disorder. The phone Helo is packed with a 4000mAh capacity battery, which can provide 5 to 6 hours of heavy game life.

Previous Samsung Galaxy A50 with Exynos 9610 chip appears on Geekbench