Chinese manufacturer, Huawei, has something up its sleeves which the company will unveil via its Honor sub-brand on December 10. While we wait for the official release of the Honor V20 in January next year, the company is not done with this year. Today, Honor took to its Weibo account to say “…we have some new practices. On December 10, Hong Kong, can we see the 3!” (rough translation). 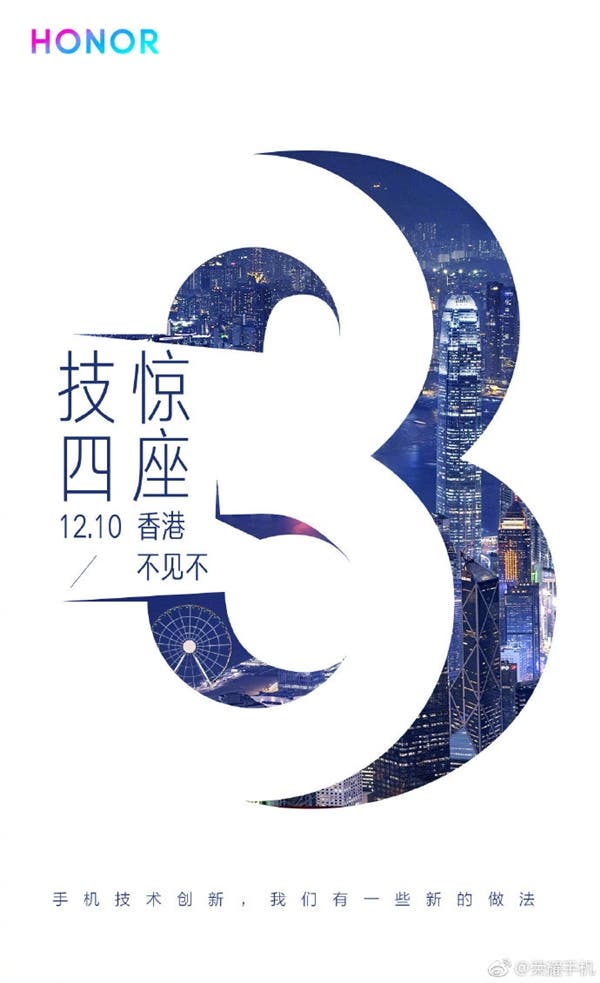 The digital poster has the number 3 and this digit has the night view of Hong Kong on it.  There is actually no direct correlation between this poster and any phone but could this be talking about a new camera technology which will bring a stunning night imageability? Others have speculated that the GPU Turbo 3.0 version could be on its way. GPU Turbo is a technology optimized for mobile games and it can reduce touch response latency by 36%. In September of this year, Huawei introduced GPU Turbo 2.0.

In addition, Huawei is currently developing a smartphone code-named Princeton. It is reported that this device uses a Sony sensor and that it can shoot 3D photos of people and their surroundings in real time. It seems very likely that a new mobile phone 3D camera technology will be released, however, December 10 is also worth looking forward to.