The OnePlus 6T McLaren Edition will be released on December 11 at the G&G Creative Community in Shenzhen. Technically, this smartphone is to retain the design and internals of the regular OnePlus 6T, however, not all aspects will be retained, some will be upgraded. It appears that the charging option is one of those. Today, OnePlus released a post on Weibo which suggests that this smartphone will come with a better and faster-charging option. 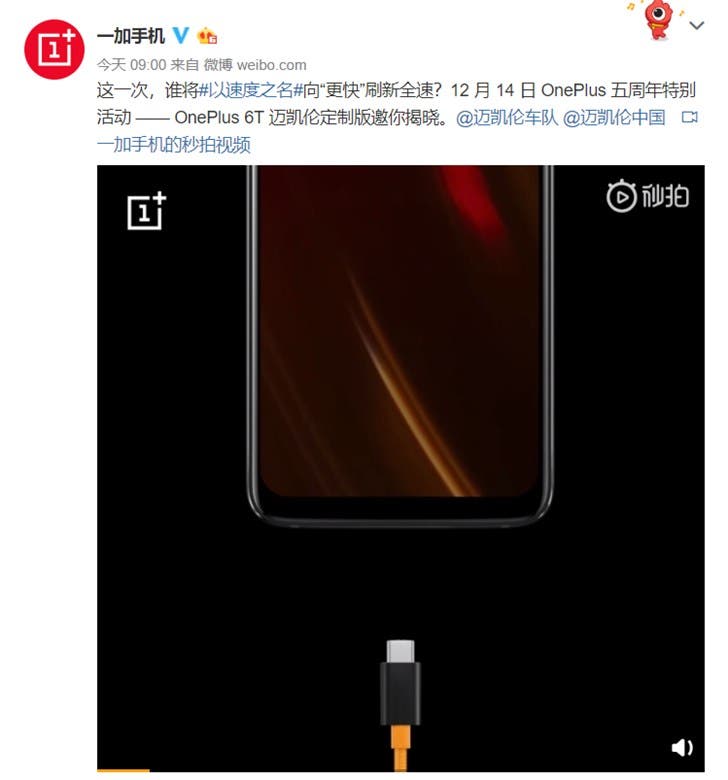 So far, the fastest charging speed is the 50W super flash charging technology used by OPPO R17 Pro. The regular OnePlus 6T uses a 5W/4A 20W fast charging technology. Previously, OnePlus service had euphemistically admitted that DASH is “closely related” to VOOC, but for the sake of market propaganda, it started a new name and deliberately did not mention the relationship between the two.

Previous Honor to announce a "new" technology on December 10