It is no more news that the Lenovo Z5s will go official in a matter of days. The device has been frequenting the rumor for quite a while now, so we have some basic knowledge of the smartphone both in design and internals.

Even though the device has been a regular visitor to the rumor mill, the new teasers is definitely worth checking out. In the latest teaser, Lenovo is simply revealing that the Lenovo Z5s will come packed with a Snapdragon 678 chipset while running Android 9.0 Pie out of the box. The Snapdragon 678 chipset hasn’t even been announced, so the Lenovo Z5s could be the first device to ship with the chipset. 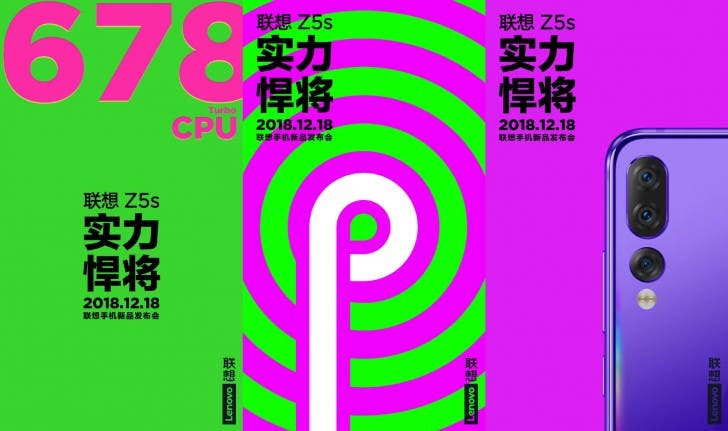 Coming to the specifications of the Snapdragon 678 chipset, not much has been revealed, but a recent Geekbench listing suggests it could be a capable mid-range chipset. Talking of the Lenovo Z5s, multiple leaks have confirmed that the device will come fitted with a triple rear camera, a 6.3-inch full HD+ display with 18:9 aspect ratio, a 3,120 mAh battery with support for 18W fast charging and a single camera hole in the screen.

Next LEAKED: Samsung Galaxy S10 Variants and their Pricing