Ever since it was demoed last week in Hong Kong, leaks and rumors about the upcoming Honor V20 have spiked up. The Huawei  Honor sub-brand has already announced that the device will make its debut on December 26, so it isn’t really surprising that we are seeing more leaks now.

A few hours after it surfaced on AnTuTu, the device is once again making headlines, but this time, we are talking about a supposed leaked retail box of the Honor V20. The latest leak comes courtesy of the same Weibo who earlier released a couple of live images of the upcoming device. 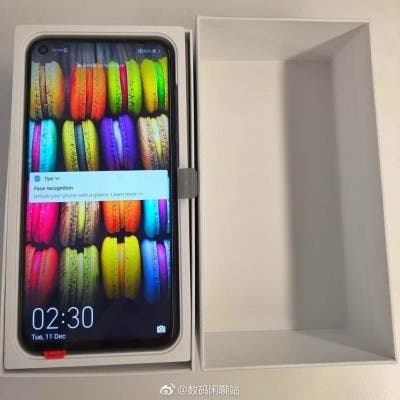 The leak only reveals the frontal view of the device inside the retail box, without showcasing the rear, and that could be on purpose. From what we can see from the device inside the leaked retail box, the Honor V20 will come with support for face unlock. While it’s advisable to take this leak with a pinch of salt, it quite possible the firm has handed out some units of the device to beta users, developers, or social media influencers, so its quite plausible the leak is on point.

Rumors so far have suggested that the Honor V20 will first land in China on December 26 before making a Global debut in France on January 22 as the Honor View 20. While the specs are still officially under the wrap, rumors and leaks have it that it could come with an All-View Display, a Kirin 980 processor, a 48MP rear camera, Link Turbo, 22.5W fast-charging and run EMUI 9 based on Android 9 Pie out of the box.

Next Huawei Smart TV To Come Within 6 Months