It’s no more news that Samsung could be dropping the Galaxy J, On, and C series for an all-inclusive Galaxy M in the coming months. Leaks and rumors regarding the upcoming Samsung Galaxy M series of Smartphone have been popping up left and right, and we might have to brace up for more in the weeks to come.

The other day we saw a leaked image of the M20 front panel, and now, we have a leaked protective case that is supposed to be that of the Galaxy M20 revealing some more useful tidbits about the upcoming device.

While it is believed Samsung will be embracing the dying Notch trend with the Galaxy M20, the leaked casing suggests the device will come packed with a vertically stacked camera with LED flash and a rear fingerprint scanner, as indicated by the three cut-outs in the leaked casing. A cursory look also reveals the Galaxy M20 will get the 3.5mm audio jack, USB-C connector for charging and data transfer and bottom-firing speaker grill. 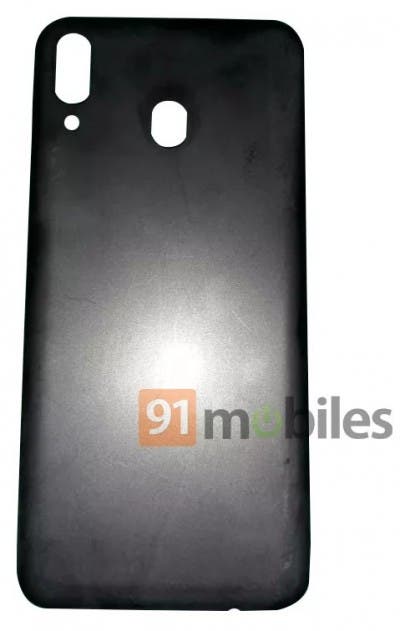 It was previously reported that the Galaxy M20 with the smaller M10 will be aggressively priced. This particularly isn’t surprising as the series will be pitched against other aggressively priced devices in the market. The device belongs to the budget segment as it may carry a price tag under Rs. 10,000 ($140) and Galaxy M20 ($210) is believed to cost around Rs 15,000 which could be a better specced affordable phone.