Over the last weeks, we’ve been hearing word on the impending launch of the Honor V20 and the Nova 4 from Honor and its parent company respectively. While the devices are nearing their official launch, indications have emerged that a second product from Honor could be in the works.

Following the launch of the Honor watch magic, a Bluetooth certification of an Honor smartwatch suggests the Huawei sub-brand could be gearing up to upgrade one of its smartwatches. An Honor device explicitly labeled as a smartwatch with the “ELF-G10” model number has just popped up has just cleared the Bluetooth SIG certification. 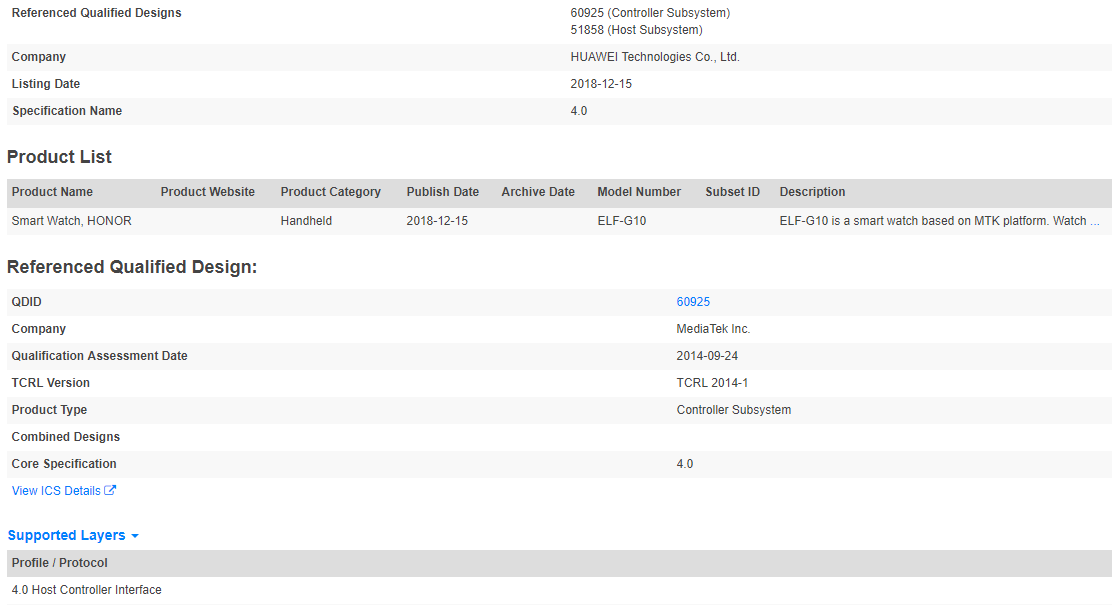 Sadly as is common with listings of its nature, very little to no information has been given about the device. First, the listing made us understand the device is a Smartwatch and not a sort of smart band, and secondly, it reveals that it will be based on the MediaTek platform as opposed to the choice of  Qualcomm’s SoC.

Aside from this, no other info has been revealed, but we presume the device will be based on the proprietary Light OS platform rather than Google’s Wear OS. We are not sure if the device will be announced alongside the Honor V20 or may be reserved for 2019 release.

Previous You have a chance to win $100,000 if you can renounce your smartphone for a year