While there were rumors Motorola won’t release a Play version of the Moto 7 in the coming year, the FCC came to our rescue when it listed the device on its database revealing almost all details about the device including the device’s manual, images of its exterior and interior, and technical details. 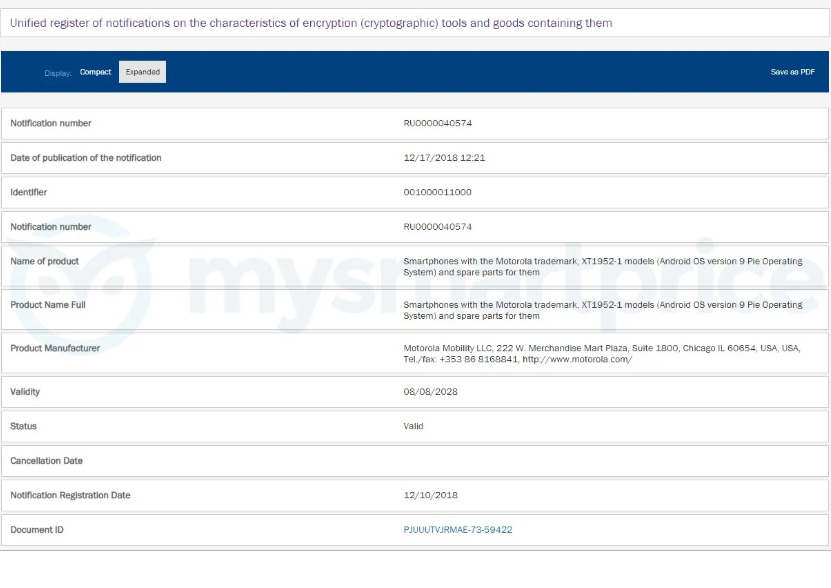 The Eurasian Economic Commission listing for the Moto G7 Play only confirms that this device will boot Android 9.0 Pie out of the box, and that is about the only useful detail we could glean from the listing.

Through the FCC, we got to know the Moto G7 like most other phones released this year will feature the display notch, which will house a front-facing camera, flash, and speaker. The phone is also tipped to be powered by a Qualcomm Snapdragon 632 processor, which would be a step up from last year’s 400 series chip.

We are yet to get any hint on when the Moto G7 series will go official, but there is the possibility it might arrive in the very first Quarter of 2019, given that the current generation Moto G6 arrived at about the same period this year.