Several reports of an impending retirement of some series of Samsung Galaxy phones have been doing the rounds recently, and that has led us to the conclusion that the Korean giant will be introducing a new series of Galaxy M phones in the coming months. The Galaxy M10, M29, and M30 are said to be the very first devices from the new series, and we have in the past weeks been privy to some leaked information regarding these devices.

Now, a Samsung Galaxy phone bearing the SM-M305F model number, and believed to be the Galaxy M30 has surfaced on the Geekbench database revealing a few key info about the device. The Geekbench test has revealed that Samsung will pack the device with 4GB RAM working with the Exynos 7885 chipset. Oddly, but in line with previous murmurs, the Galaxy M30 as revealed by Geekbench will boot Android 8.0 Oreo out of the box, but might get Android Pie update immediately it is launched. Samsung might have settled for Android Oreo probably because of it will reportedly launch the series before the Galaxy S10. 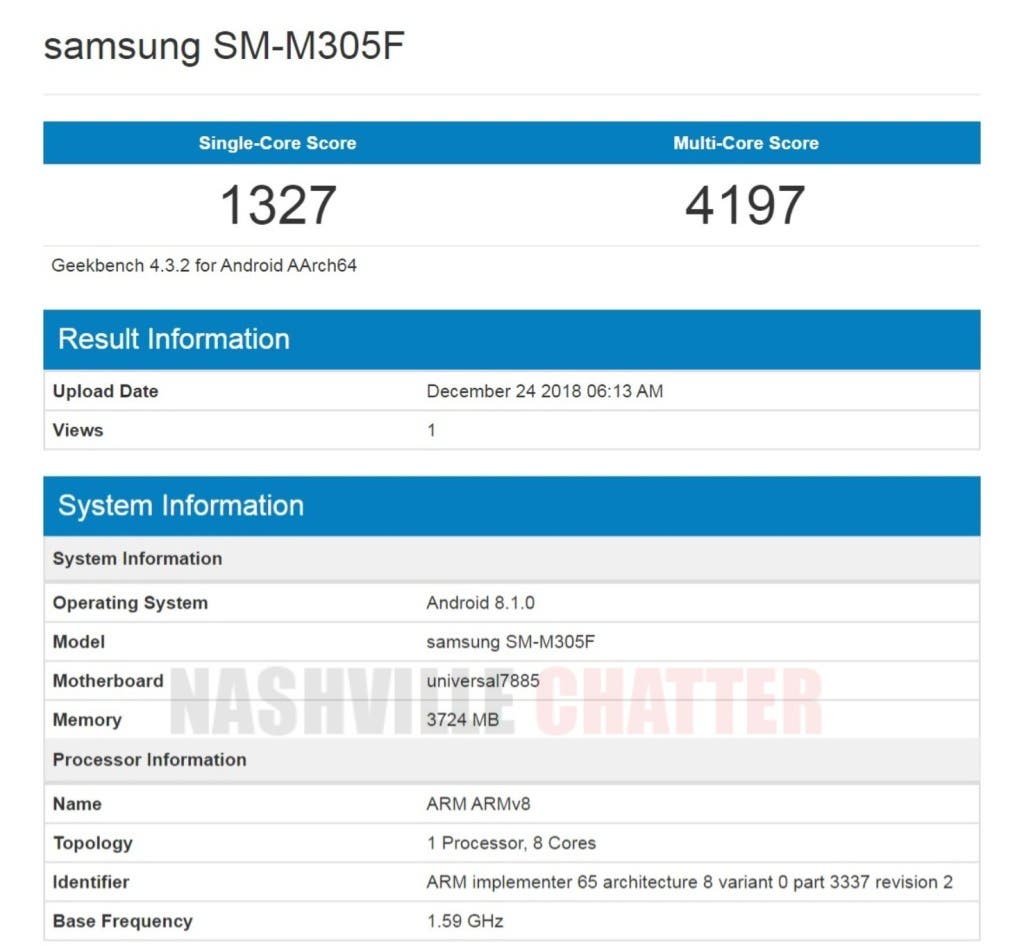 The device alleged to be the Galaxy M30 returned 1327 and 4197 in the Geekbench single and Multi-core test respectively. While that is all we could glean from the Geekebench listing, reports have it that the device might have a more capable variant with 128GB storage, and probably 6GB RAM.

We do not know for sure when the Galaxy M30, and of course the M10 AND M20 will make their official debut, but we expect that to happen before the arrival of the Galaxy S10.