HMD Global is ending the year on a very good and promising note, seeding software updates to every category if its mobile phones including the Archaic Symbian phones inherited from Nokia. Inline with a promise it made earlier this year, the firm is now seeding out Stable Android Pie update to the Nokia X5.

The Nokia X5 is a China exclusive device, and that is where users are now getting the Android 9 Pie, but we should expect a wider roll out soon to users of the GLOBAL variant of the Nokia X5. The update currently rolling out to the Nokia X5 weighs in at 1467MB in size, so its only wise to have as much as 2940MB of free space before commencing the update.

The update brings come with the December security patch, new system navigation among others. 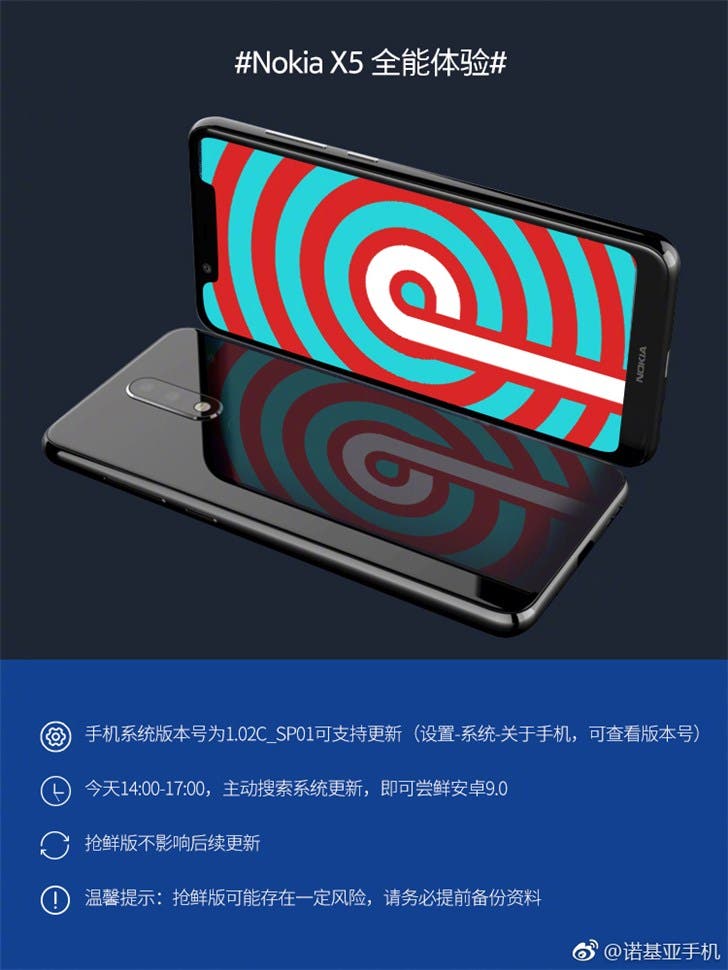 Please do note that the update is at first rolling out to a few Chinese users, so don’t worry if haven’t received the update notification yet – it should arrive in the next few hours or days.