According to the latest reports coming our way from Japan, at the end of 2018, Huawei is likely to consolidate its position as the world’s second-largest smartphone maker in the global market. As a reminder, in 2017, the Chinese tech giant was the third in the world. And due to the new and better models, it is already looking over Samsung’s shoulder.

According to IDC’s global smartphone shipments list for the third quarter of 2018, all global manufacturers shipped 355.2 million phones in total, down 6% year-on-year. This is the fourth consecutive quarter of decline in the smartphone market. Among the top five vendors in terms of shipments, Samsung still tops the list, with Huawei leaping to second place, and Apple ranking third. Xiaomi and OPPO ranked fourth and fifth, respectively. 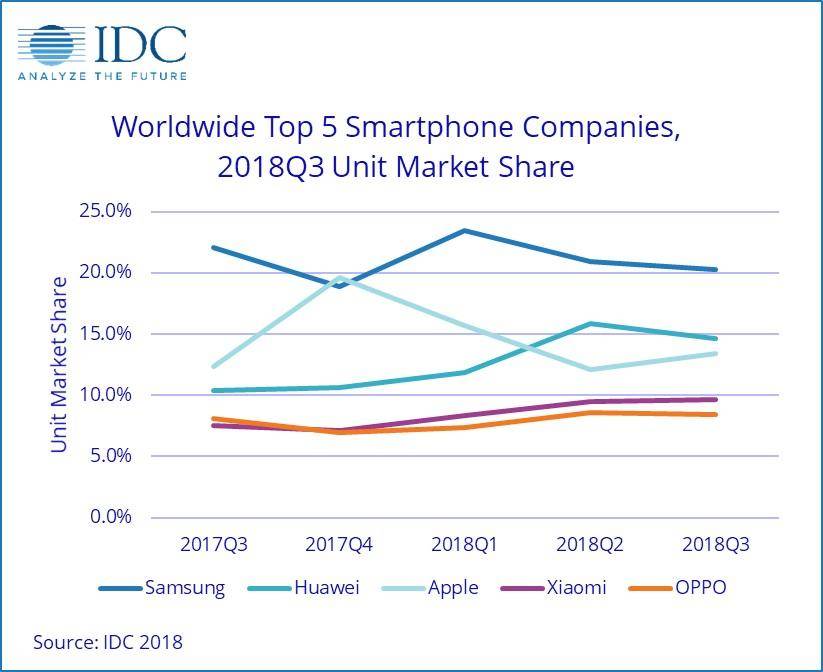 However, in the fourth quarter, Apple released the new iPhone XS and iPhone XS Max. So Huawei’s top-end models such as the Mate 20 series have got quite powerful rivals. This is not distressing because Huawei’s sales are mostly from the low-end handsets. Say, the P-series and Mate series accounted for only one-tenth of the 200 million sales recently announced by Huawei. Another thing, Huawei has way more smartphones rather than Apple. And it can ‘play’ with sales any way it wants.