The Android 9.0 Pie update has arrived earlier than expected for Samsung Galaxy S9 and S9+. For that reason, it’s natural that some users of other flagships such as Note 9 are hoping for an update before that arrives before the current estimative, that points to February 2019.

According to some fresh information from a website that is linked to Samsung’s Turkish arm, the king of phablets, aka Galaxy Note 9, could receive the update as soon as January 15, joining its Galaxy S compatriots in the Android Pie bandwagon. 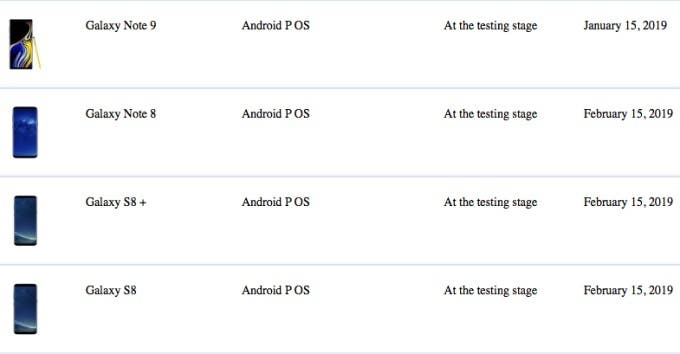 Of course, the release is still in testing stages, and the final date of the release may change if new bugs are discovered. However, both the Galaxy S9 and S9+ are running Android Pie without issues, so we see no reason for problems with the Galaxy Note 9.

While the January 15 release seems close enough, it may still take some weeks to arrive for all eligible devices across the world. According to the image, older flagships such as the Galaxy S8, S8+ and Galaxy Note 8 may also receive the update on the referred date.

Next Galaxy S10 Lite concept surfaces thanks to a case maker

Xiaomi showed the Redmi Note 9 and revealed details about it