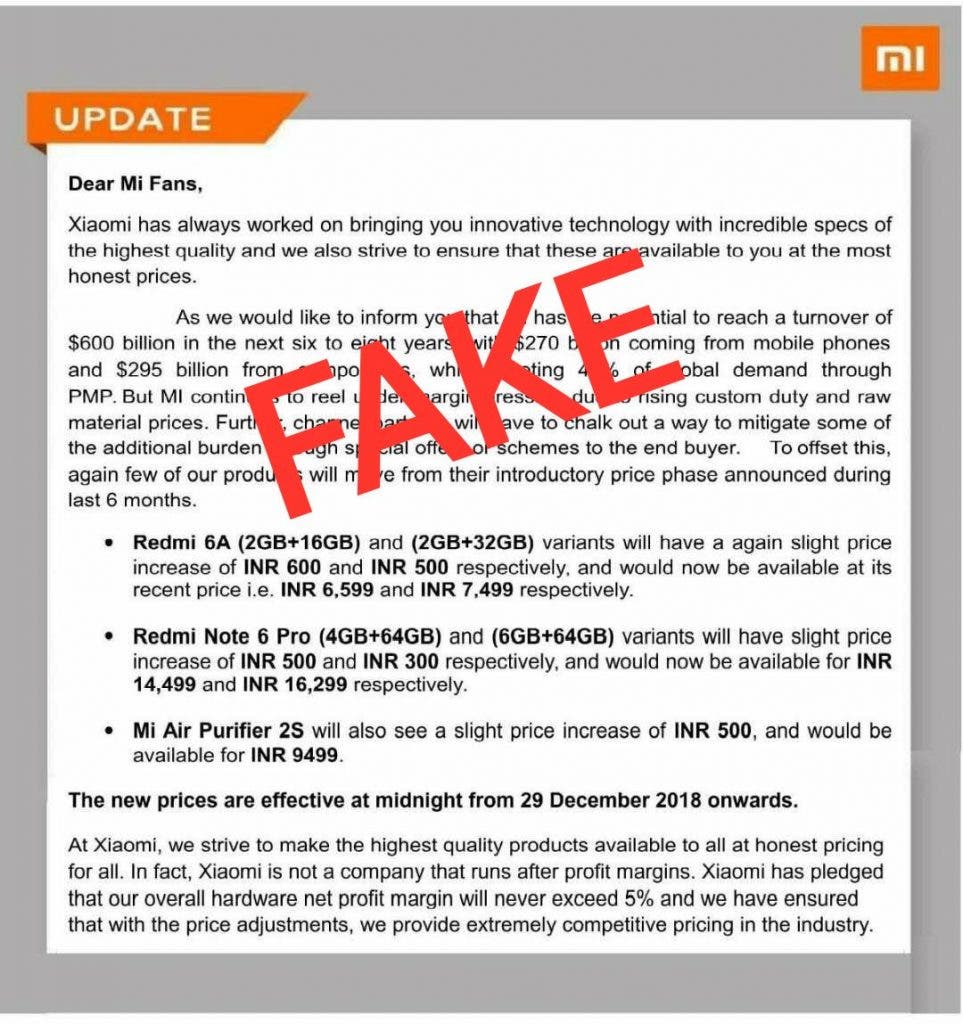 #FakeNews! Came to know about a FAKE "price hike" msg about Xiaomi phones being floated on social media & WhatsApp (by distributors of a brand).@XiaomiIndia has NOT increased any prices! Do NOT believe fake news!

In response to this report, Manu Kumar-Jain said that this fake message is been floated on social media by the “distributors of a brand” and he urged Xiaomi’s followers not to believe the fake news as Xiaomi has not increased any prices. The Indian smartphone market is a very price sensitive market. The likes of Apple and Samsung whose pricing structure is on the high side are having a tough time in India since the entry of Xiaomi and some other cheaper Chinese brands.

Recently, the Indian government introduced a law which tightens its foreign direct investment (FDI) policy in the e-commerce sector. This law bans OEMs from having exclusive sales with online retailers like Amazon and Flipkart and also states that only 25% of a company’s inventory should be sold online. This directly threatens Xiaomi’s grip on the Indian market as its offline retail channel still needs some work.

Previous Xiaomi Will Not Enter The Real Estate and Automotive Fields