Xiaomi’s new generation of Mi Power Bank 3 will be announced on January 11 with a price tag of 199 Yuan, the company’s official Tmall flagship store announced today. The power bank is named “Mi Power Bank 3 High Edition”, as far as the translation is accurate. It will be a high capacity 20,000mAh lithium polymer battery that will have some new features such as two-way fast charging, and some more features as described below. 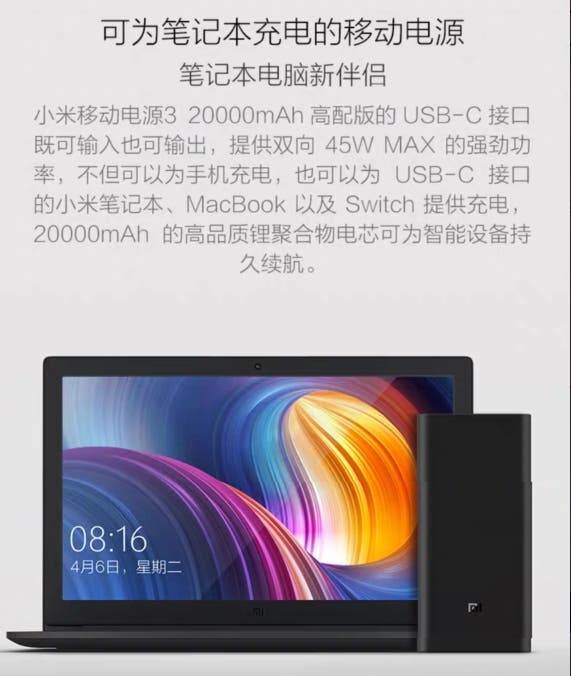 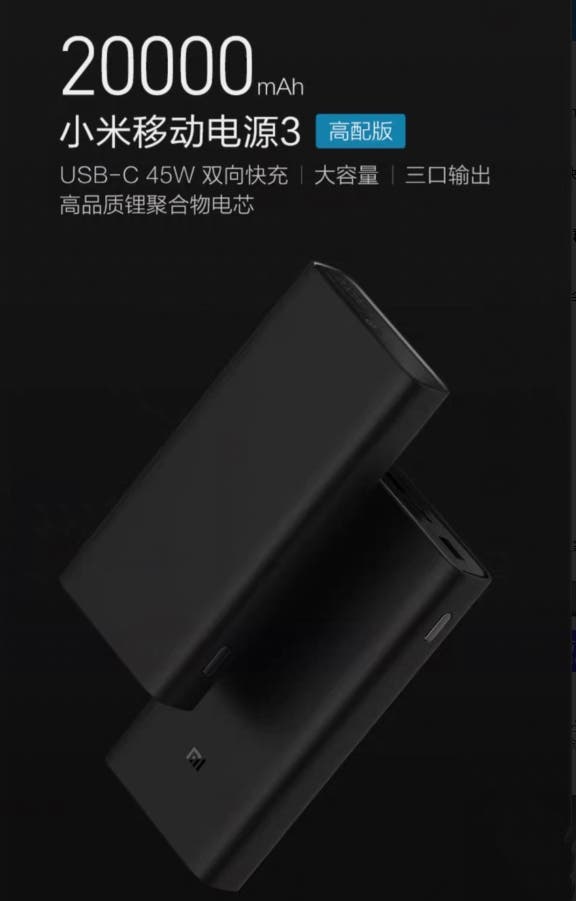 The shared pictures of the Mi Power Bank 3 reveal a design mostly similar to the previous versions while the colour is black. The biggest highlight is 45W USB-C charging, as can be seen in the image. There will be two USB-A ports in addition to the USB-C. The Type-C port is a welcome addition, not to mention the fast charging. This will allow the power bank to charge laptops besides mobile phones as an added convenience, says the company.

Next Asus announces it's first Chrome OS tablet, will be pocket friendly